The history of fashion really begins in the 19th century. Creator Charles-Frédéric Worth, a pioneer of Haute Couture, scrolls, first, his models on real mannequins, in prestigious salons where a rich female clientele gather … the first fashion shows in history. 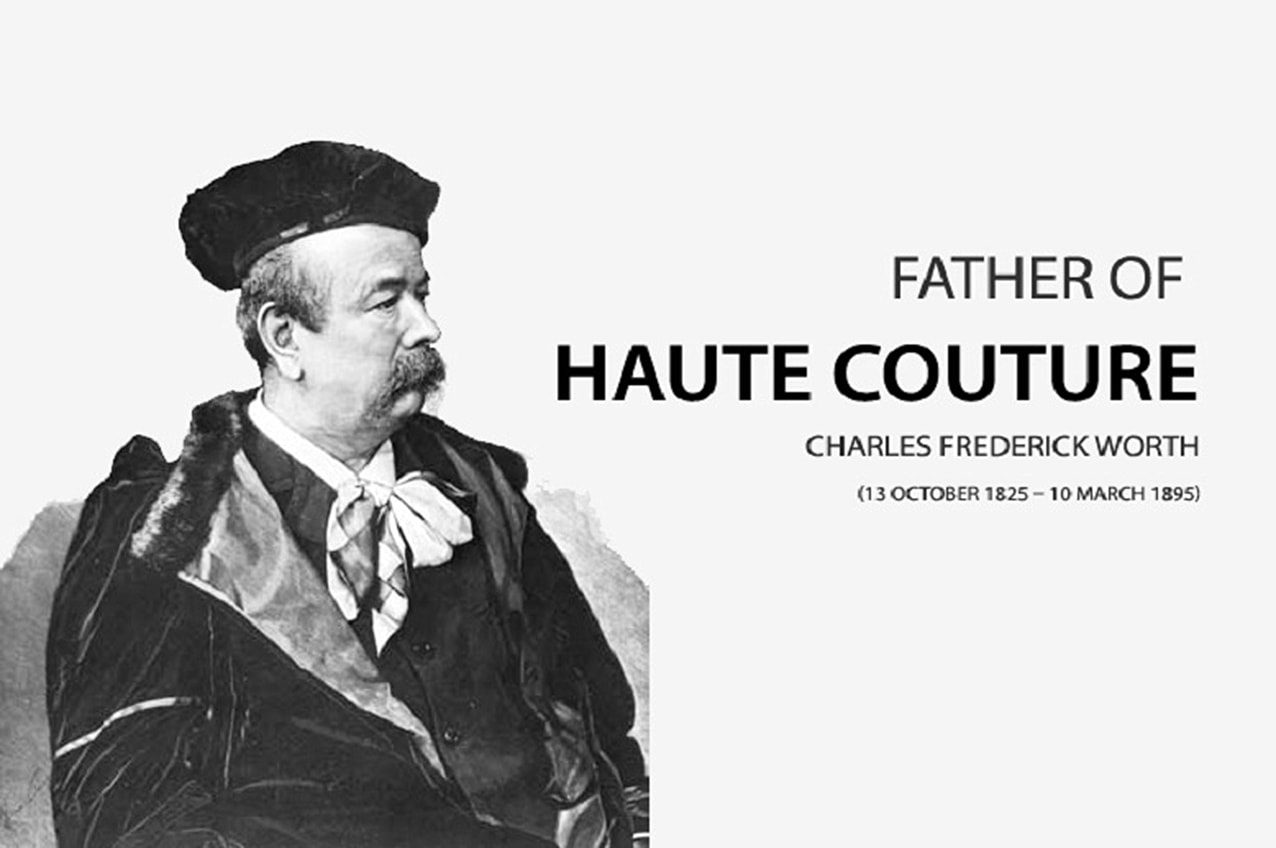 CHARLES FREDERICK WORTH INDUSTRIALIZES FASHION. Though born and raised in England, Charles Frederick Worth (1825–1895) became the first world famous French fashion designer. He was also the first to create and employ the principles of design and fashion that would be called “haute couture,” or “high fashion.” 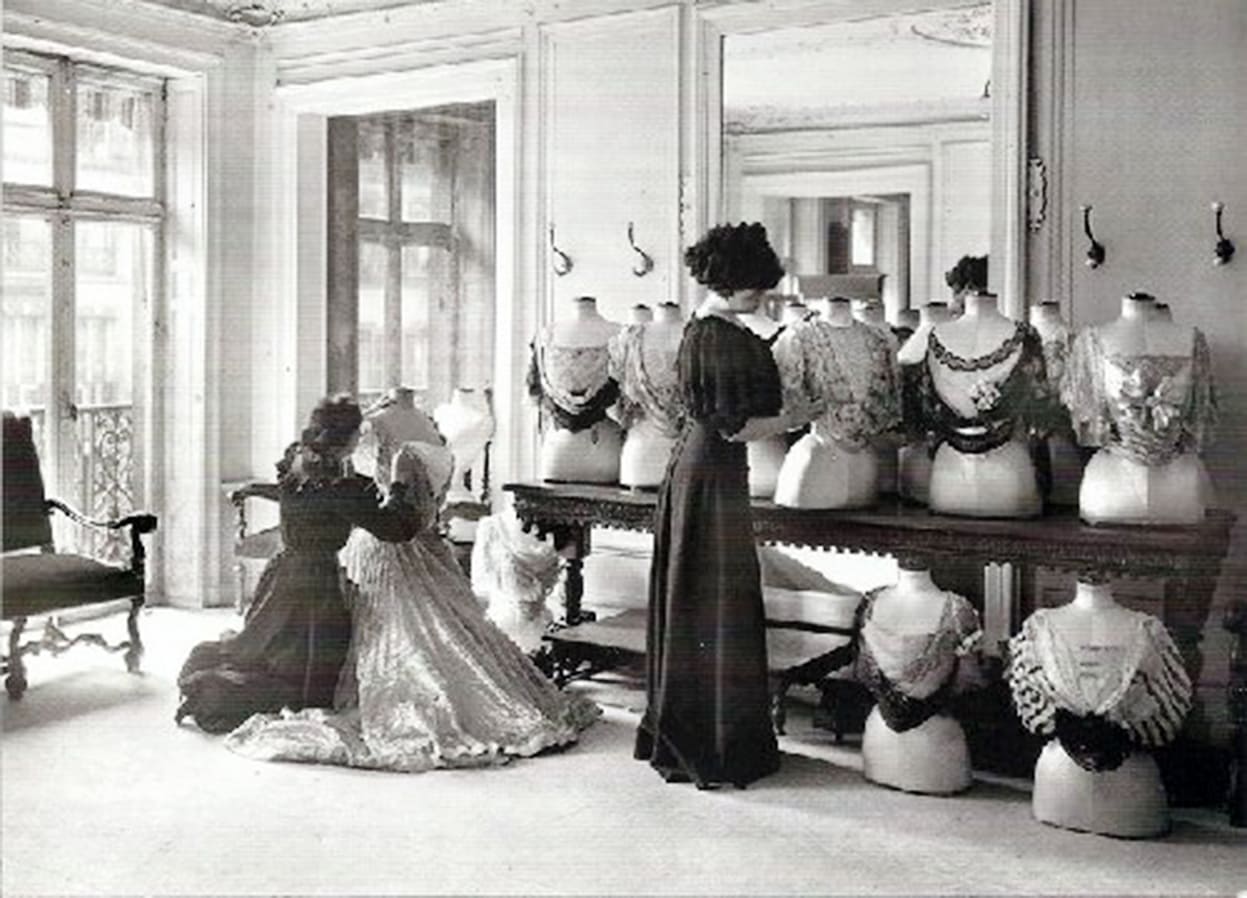 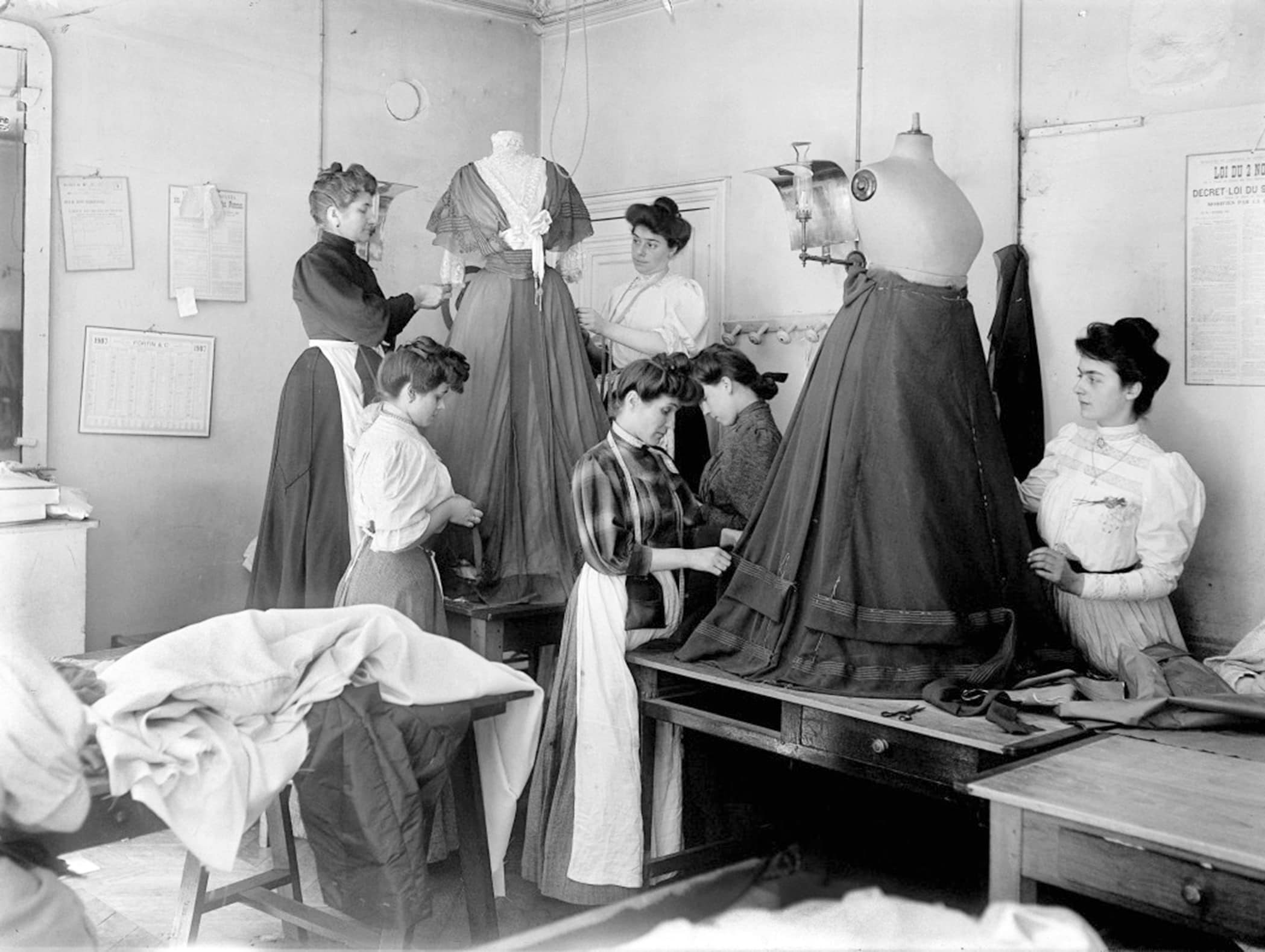 Installation of trimmings in the workshop of Worth, Parisian fashion designer. Paris, 1907.

Actress Carol McComas wearing a dress with ruched sleeves, a lace sweeping skirt and bustier in the style of the House of Worth, circa 1900.