DELVAUX
“The oldest fine leather goods house in the world since 1829”.

DELVAUX Spring Summer 2018. Delvaux had its beginnings at the same time as Belgium, in fact slightly earlier, as it was founded a year before the birth of the Belgian nation. In 1830, the Belgians declared their independence from the Netherlands. Leopold of Saxe-Coburg, an uncle of the future Queen Victoria of England, became the first king of the Belgians. Belgium then enjoyed an era of significant growth, becoming the world’s fourth-largest economic power by 1901.
The House of Delvaux naturally thrived during this golden age and has continued to uphold its high standards, never failing to live up to and honour the grandeur, traditions, and symbols of Belgium.
Delvaux, steeped in the spirit of Belgian surrealism, brings a witty approach to all of its creations, imbuing each design with a strikingly unconventional take on luxury. 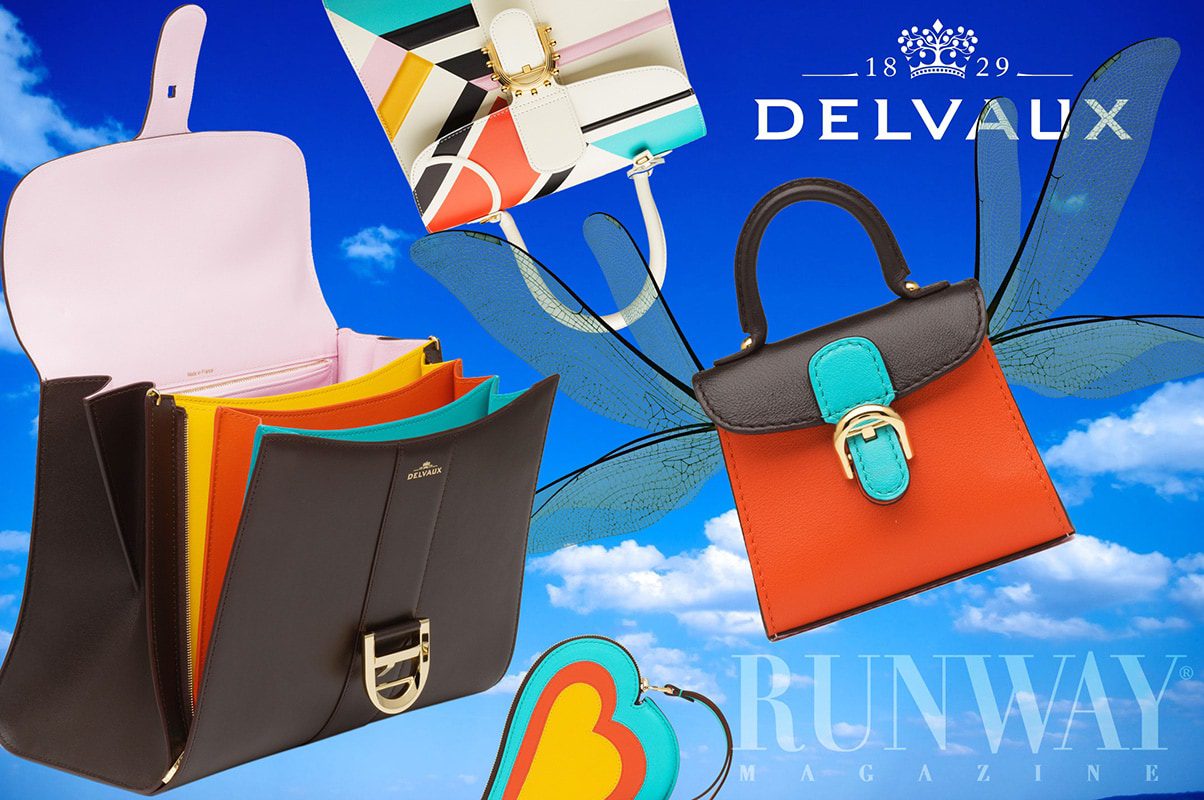 With breathtaking designs, incandescent colours, dynamic black-and-whites, and subtle contrasts, for summer 2018 Delvaux sets sail for Africa. Inspired by the extraordinary creative energy of the continent, where tribal accents, the desert heat and all the colours of the Spice Route—like saffron and paprika—blend with allusions to, and hints of, Western modern art. The result is an ambitious collection—a stunning and singular intermix of influences.

The Ethiopia line boasts graphic compositions that are bold and bracing. Inspired by traditional African body adornment, it’s as if elements of the geometric and richly coloured paintings of Sonia Delaunay or Alexander Calder have slipped in here and there. This season’s omnipresent colour, Ebène, plays up to Ivory and Noir, or frolics with Paprika, Turquoise, Safran and pink Nakuru in a multi-coloured escapade.

Like precious stones inserted under the leather in the shape of a compass rose, Tanzania’s decorative details recall the world of fine jewellery in the style of body art scarifications. Delvaux’s artisans inject silicone under the leather cutouts in order to
achieve a perfect relief pattern.

The iconic, vibrantly chromatic compositions adorning the homes of the N’débélé people are the inspiration for this eponymous line that ingeniously riffs on graphic interplays in seemingly infinite ways. With both precision and fantasy, Ebène is also part of the picture, in combination with Safran, Paprika, Nakuru and Turquoise. 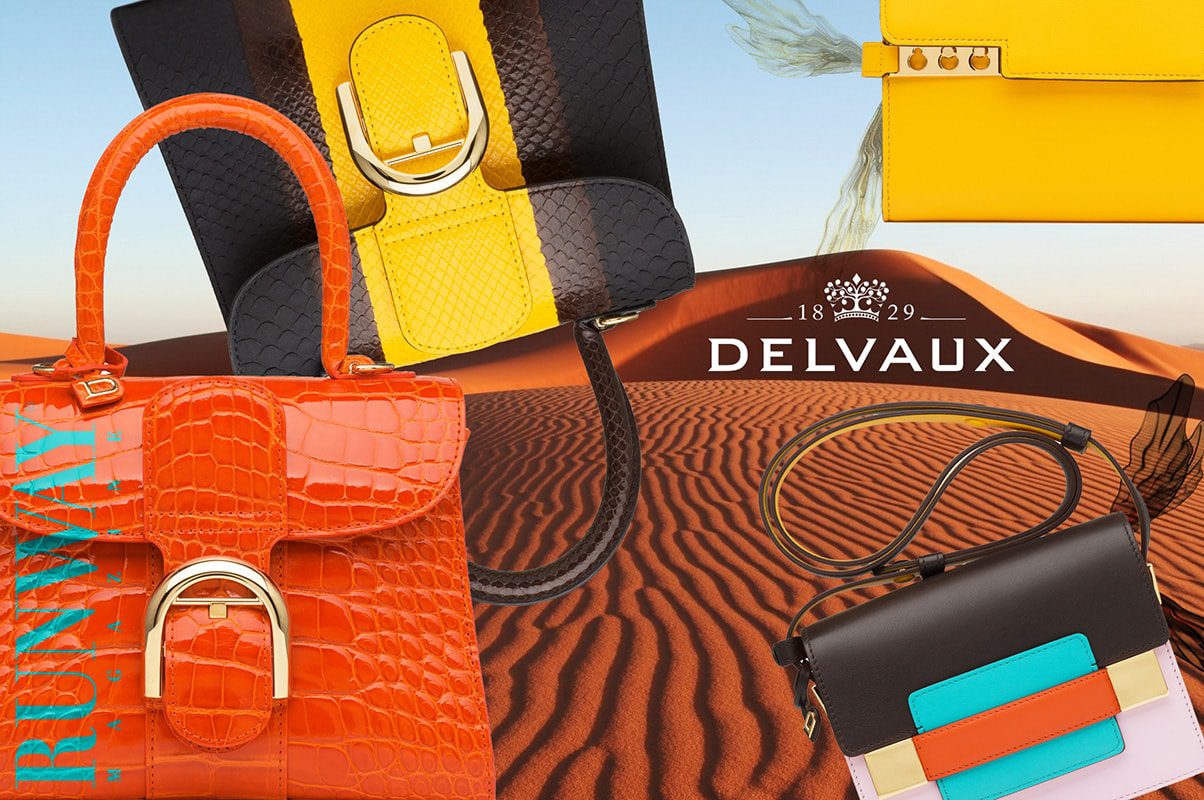 Inspired by the infinite inventiveness of the braided, decorative coiffures of African women, Tribal Stitch demands the most meticulous workmanship. Each seam is made of a fine band of Calf Souple or of Calf Métal and requires careful stitching through the leather as if it were a fine piece of embroidery. Tribal Stitch comes in two combinations—in Ebène-Ivory-Noir or in Noir-Bronze.

White Vaudou is an emblematic and ultra-exclusive design, thanks to the unique savoirfaire behind it. Combining three of this season’s design features in one bag, White Vaudou is made of the finest Alligator Blanc Mat. From the Ethiopia line, the White Vaudou borrows elements of body art, from the Tanzania line, the scarification-like relief under the leather, and from the Tribal Stitch family, hand embroidery of the leather with a silk thread.

This season, several new designs make their appearance. The Cool Box, la maison Delvaux’s newest signature bag, with its clean lines and casual attitude, is now available in the mini version. A new take on the archival design La Tamise created in 1936, the Double Je envelope bag derives its D-logo from the Cool Box, transformed here as a handle that is both decorative and functional. Relaxed and sophisticated, this bag knows how to play its hand. Just as spectacular are the new removable straps designed to be adapted to any of la maison’s handbags.

The next new thing in exotics

Always on a quest for the latest innovations in the treatment of exotic leathers, Delvaux proposes two new Alligators this season. First dyed in a bath of Ebène, Ténéré is then polished to lend it a satiny vintage look, while Kalahari features a subtle dégradé distilled with shades of white from Ebène to Ivory. A new python plays the stripe card with a dégradé effect that reprises the colours of Ethiopia and N’débélé, pairing Ebène with Safran or with Turquoise. 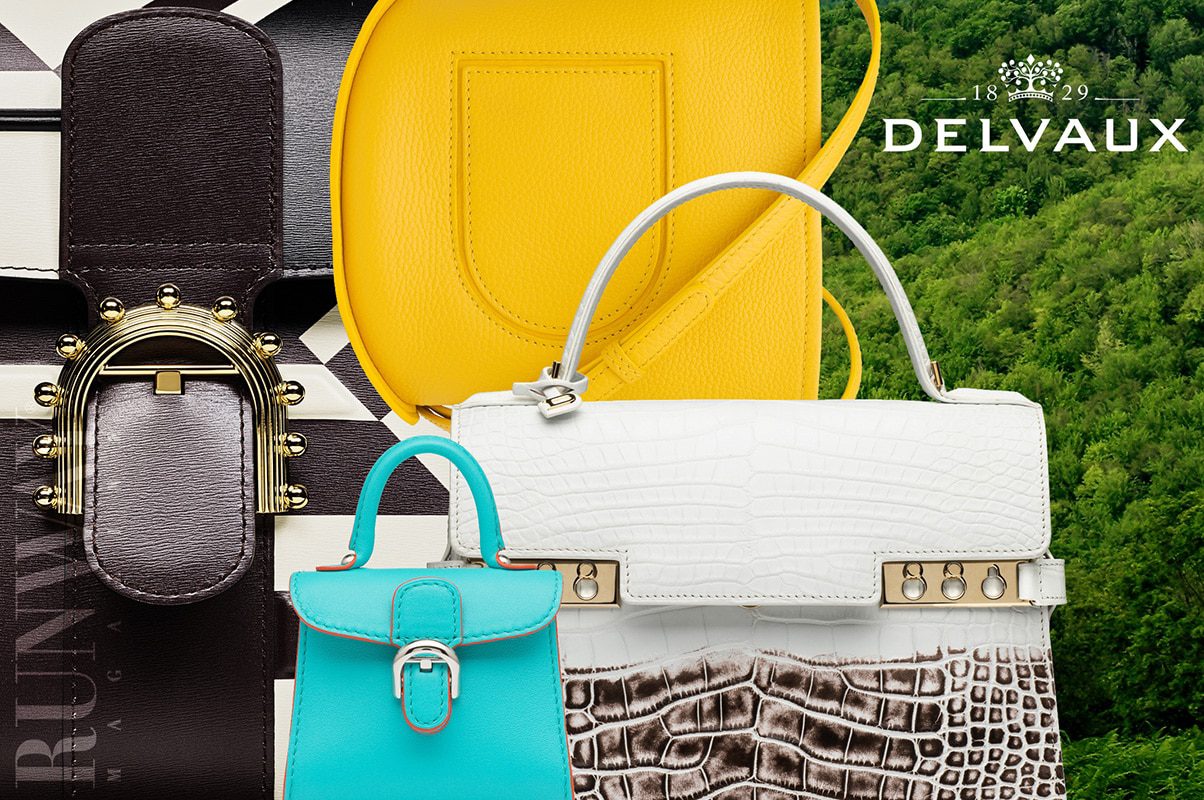