Ralph & Russo is a British luxury goods company and haute couture fashion house. It became the first British brand to be elected in almost 100 years by the Chambre Syndicale de la Haute Couture to show its collection on the official schedule at Paris Haute Couture Week, alongside brands such as Chanel, Dior and Valentino.The Chambre Syndicale’s former president,

Didier Grumbach was quoted as saying “We expect savoir faire, which is being lost, and they Ralph & Russo have it”.

The house was founded in 2007 by duo Tamara Ralph (Creative Director) and Michael Russo (CEO) and within a very short time established itself as one of the world’s fashion houses. 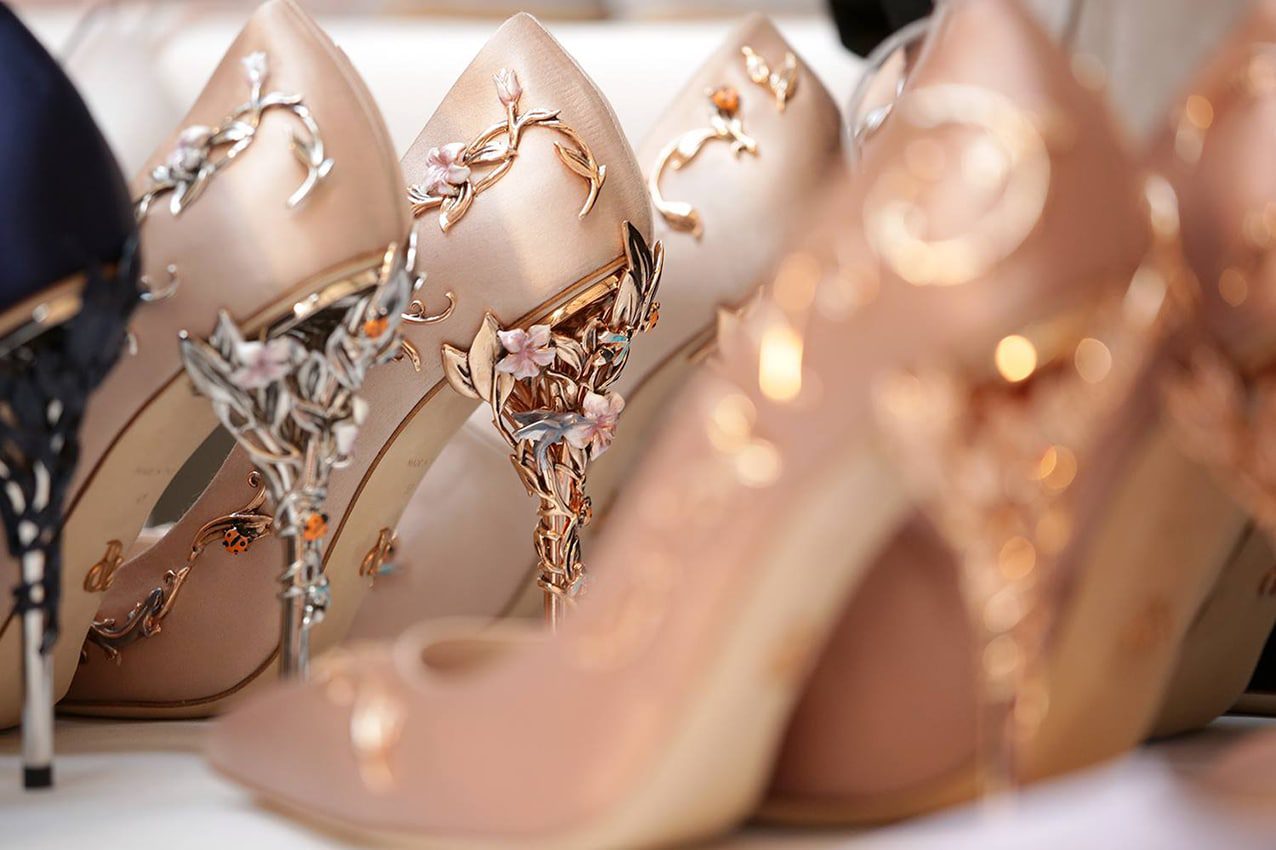 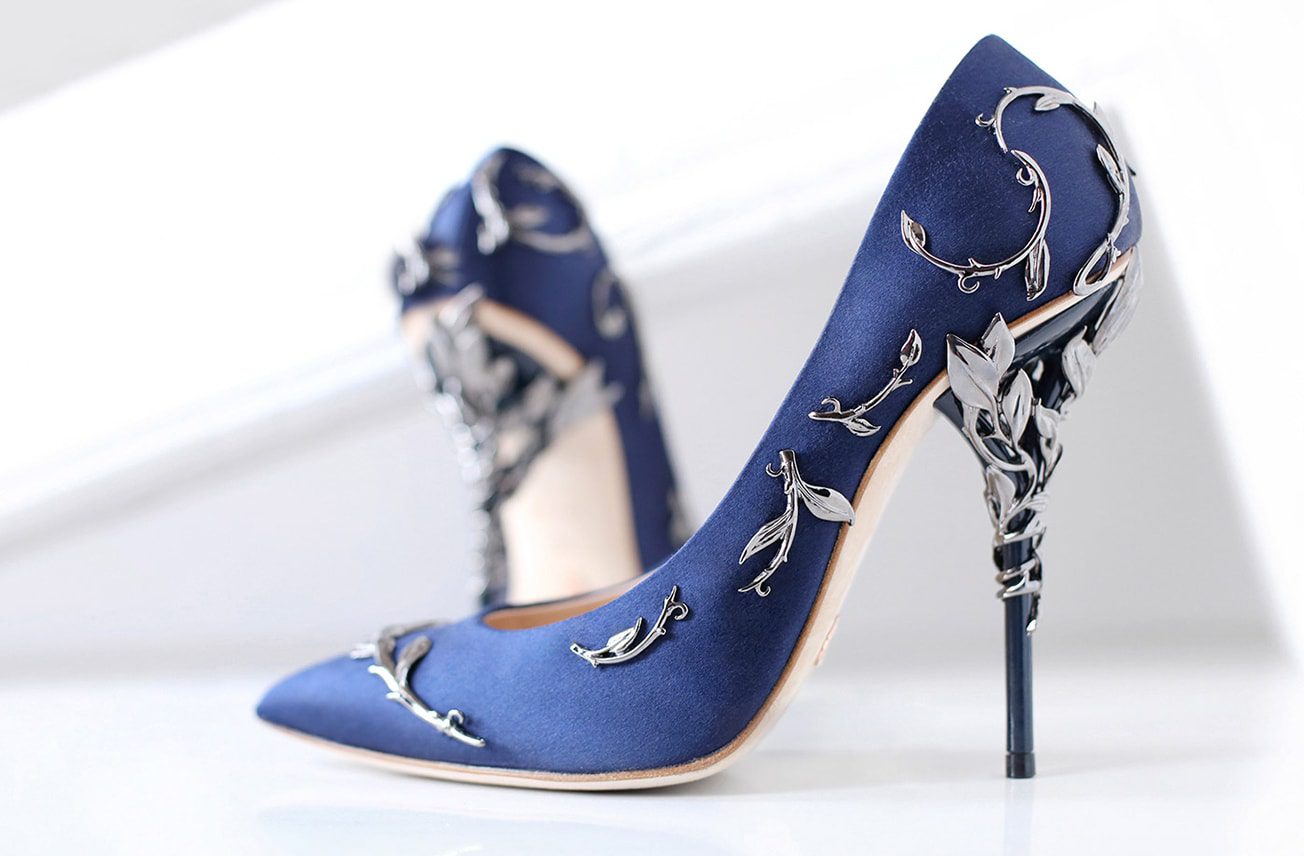 Handcrafted in Italy each Eden pump is created with only the finest materials. Featuring delicate vine leaves that are carefully hand assembled, the Eden pump is individually formed according to size. Moulded first in wax and placed onto a model shoe, the vine leaves are expertly laid out and resized accordingly so that every shoe is perfectly unique. The heel of the Eden pump is testament not only to art but also to strength. After an extensive testing period, the heel has been engineered to incorporate both weight and balance, relieving the individual’s feet by distributing the weight between four robust pillars. 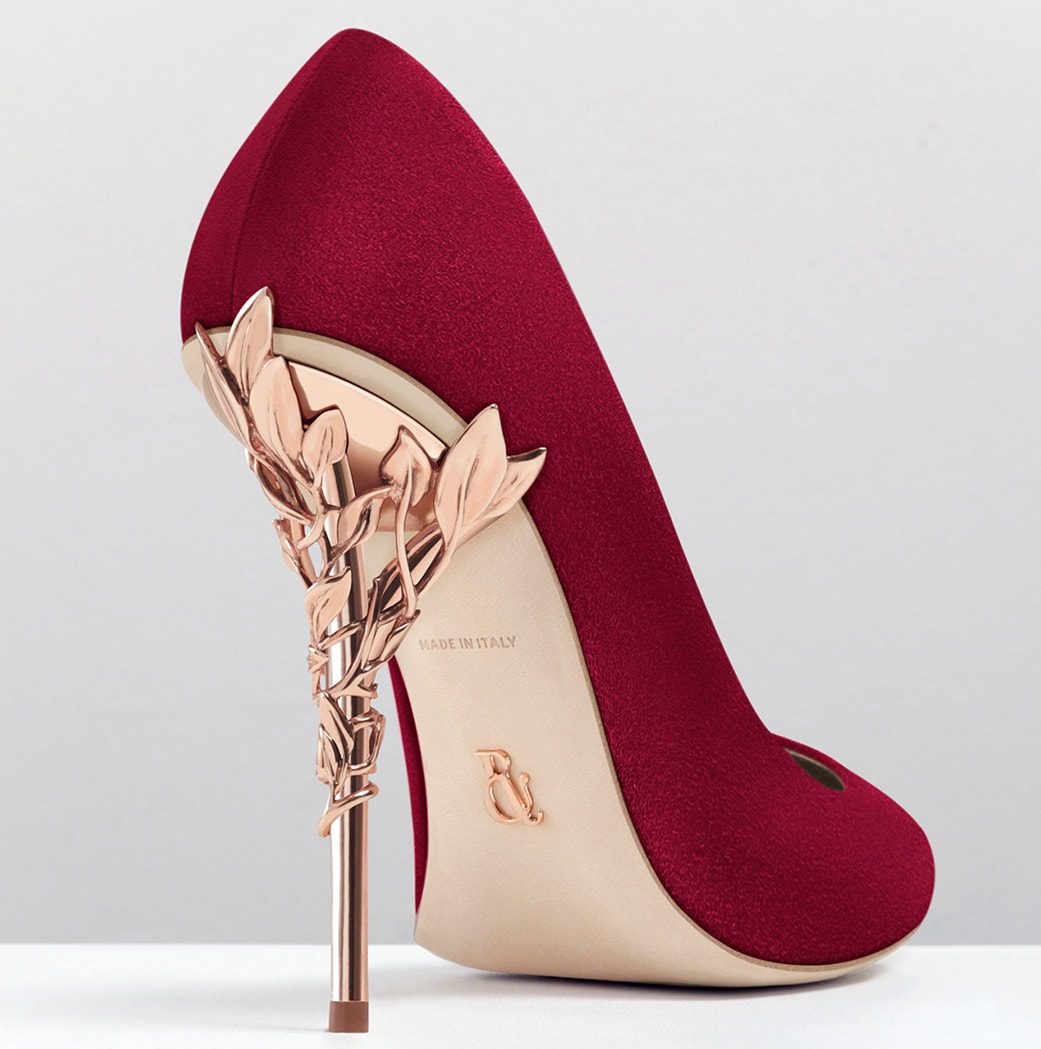