Lacoste’s 85th anniversary hailed by a Paris homecoming for Lacoste, after 14 years spent on the New York runways. it’s also a clear statement for this symbol of French elegance.
That of its founder, René Lacoste, winner of the 1927 Davis Cup, whose charisma and creativity crystalized the sportswear DNA specific to the Lacoste house —comfort, chic, movement and innovation.
It’s with this legacy in mind that creative director Felipe Oliveira Baptista has, for the past few seasons, been giving free reign to personalities plucked from the contemporary art scene, thereby giving rise to collector capsule collections.

It’s a sports-inspired urban wardrobe, fit for all contemporary lifestyles. A timeless style, seen through a playful eye, for a new attitude as radiant as it is offbeat. The outcome is a collection released in November 2017, as well as some of the original prints of summer 2018. Their take on the logo endlessly repeating itself —the 7 letters of the word Lacoste outlining the world’s most famous crocodile.
In a freer style painted with watercolors by Mathias Augustyniak, the mix of icons —crocodile, tennis ball, polo shirt and glasses, for a modern version of the couture scarf print. 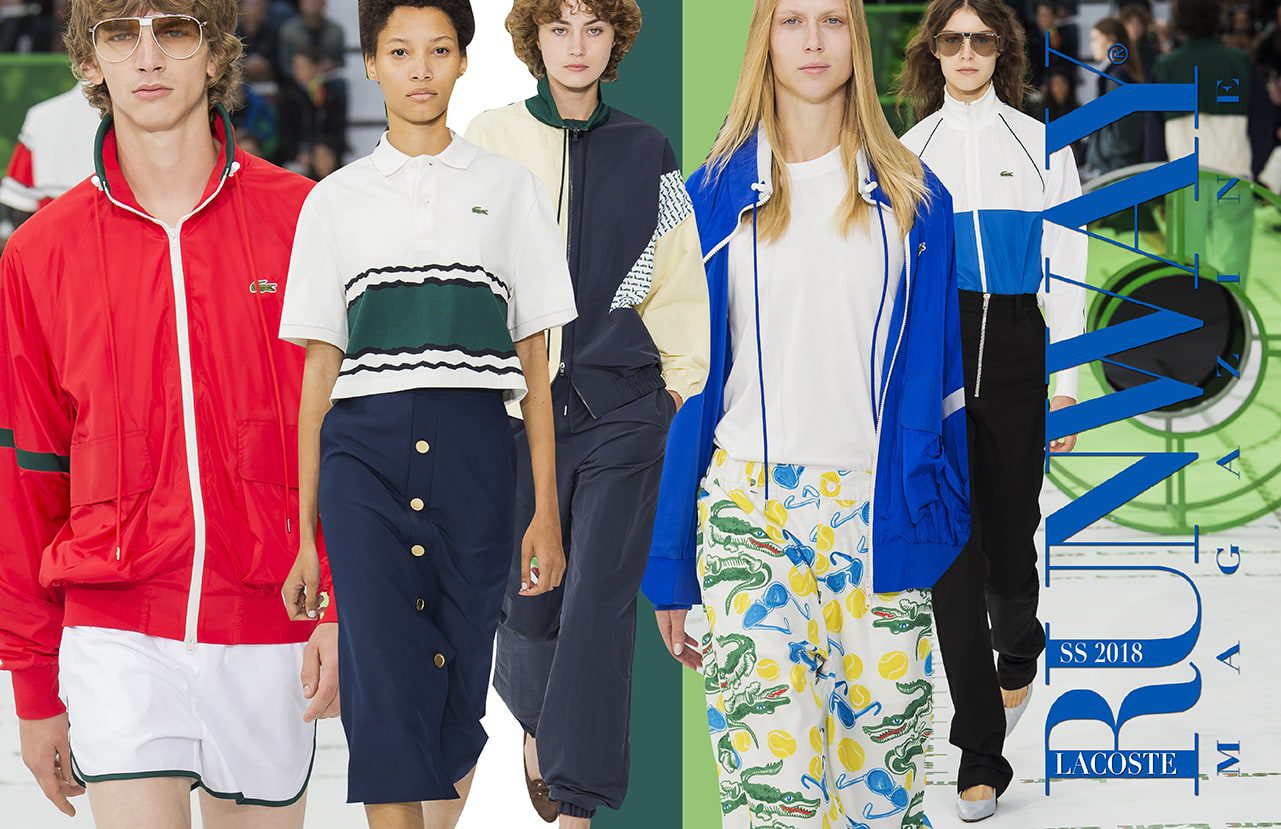 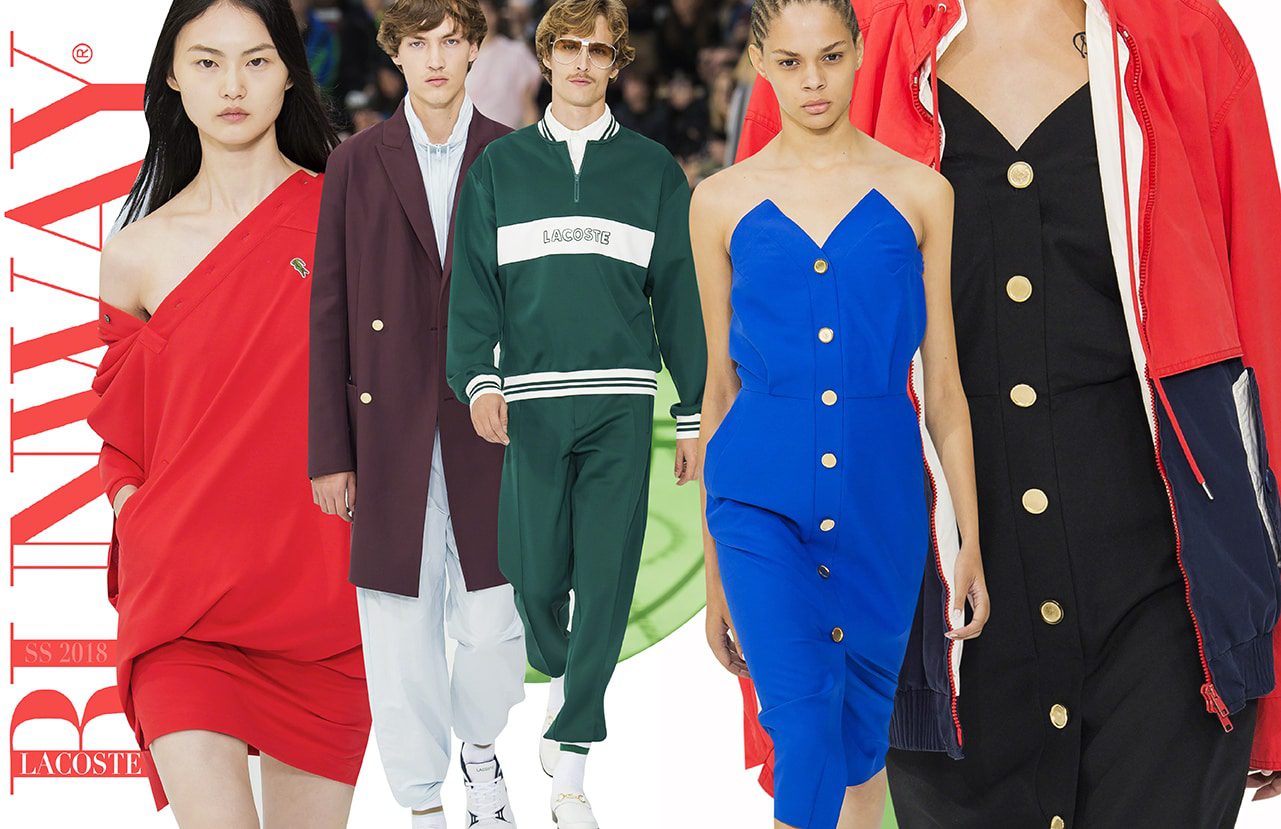