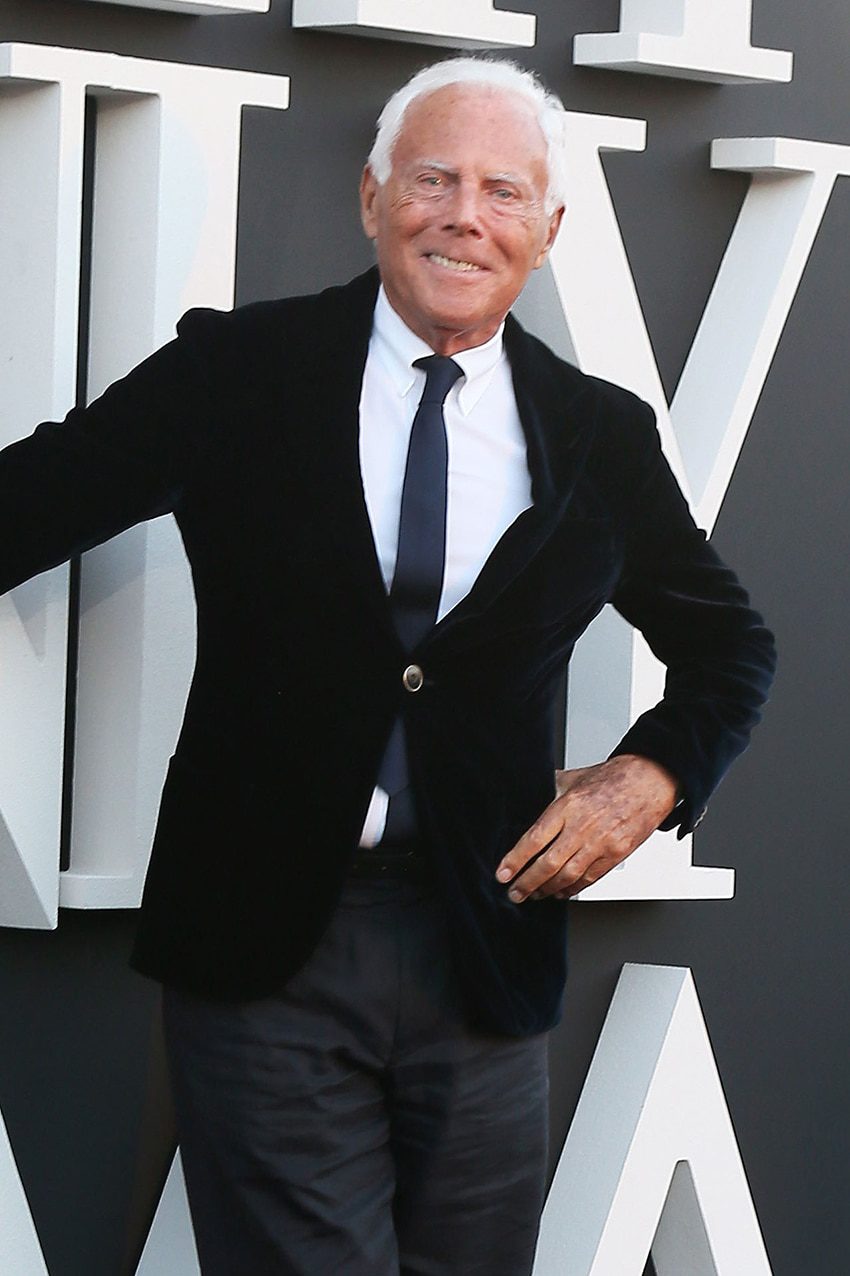 Giorgio Armani Italian Fashion Designer formed his company in 1975, and by 2001 was acclaimed as the most successful designer that Italy has produced.

After his stint in the armed forces, Armani found a job as a window dresser at La Rinascente, a department store in Milan in 1957. He went on to become a seller for the menswear department, in which capacity he gained valuable experience in the marketing aspect of the fashion industry. In the mid-1960s, Armani moved to the Nino Cerruti company. His skills were in demand, while continuing to work for Cerutti, Armani also freelanced, contributing designs to as many as ten manufacturers at a time.
In the late 1960s, Armani met Sergio Galeotti, an architectural draftsman, which marked the beginning of a personal and professional relationship that lasted for many years. In 1973, Galeotti persuaded him to open a design office in Milan. This led to a period of extensive collaboration, during which Armani worked as a freelance designer for a number of fashion houses, including Allegri, Bagutta, Hilton, Sicons, Gibò, Montedoro, and Tendresse.
The international press was quick to acknowledge Armani’s importance following the runway shows at the Sala Bianca in the Pitti Palace in Florence.
July 24, 1975 he founded Giorgio Armani S.p.A. in Milan, with his friend Galeotti. In October of that same year, he presented his first collection of men’s ready-to-wear for Spring and Summer 1976 under his own name. He also produced a women’s line for the same season.

Armani established an innovative relationship with industry, characterized by the 1978 agreement with Gruppo Finanzario Tessile (GFT), which made it possible to produce luxury ready-to-wear in a manufacturing environment under the attentive supervision of the company’s designer. In 1979, after founding the Giorgio Armani Corporation, Armani began producing for the United States and introduced the Main line for men and women. The label became one of the leading names in international fashion with the introduction of several new product lines, including G. A. Le Collezioni, Giorgio Armani Underwear and Swimwear, and Giorgio Armani Accessories. In the early 1980s the company signed an important agreement with L’Oréal to create perfumes and introduced the Armani Junior, Armani Jeans, and Emporio Armani lines, followed in 1982 by the introduction of Emporio Underwear, Swimwear, and Accessories. A new store was opened in Milan for the Emporio line, followed by the first Giorgio Armani boutique. Armani’s concern for the end user culminated in the development of a more youthful product with the same level of stylistic quality as his high-end line, but at a more accessible price. 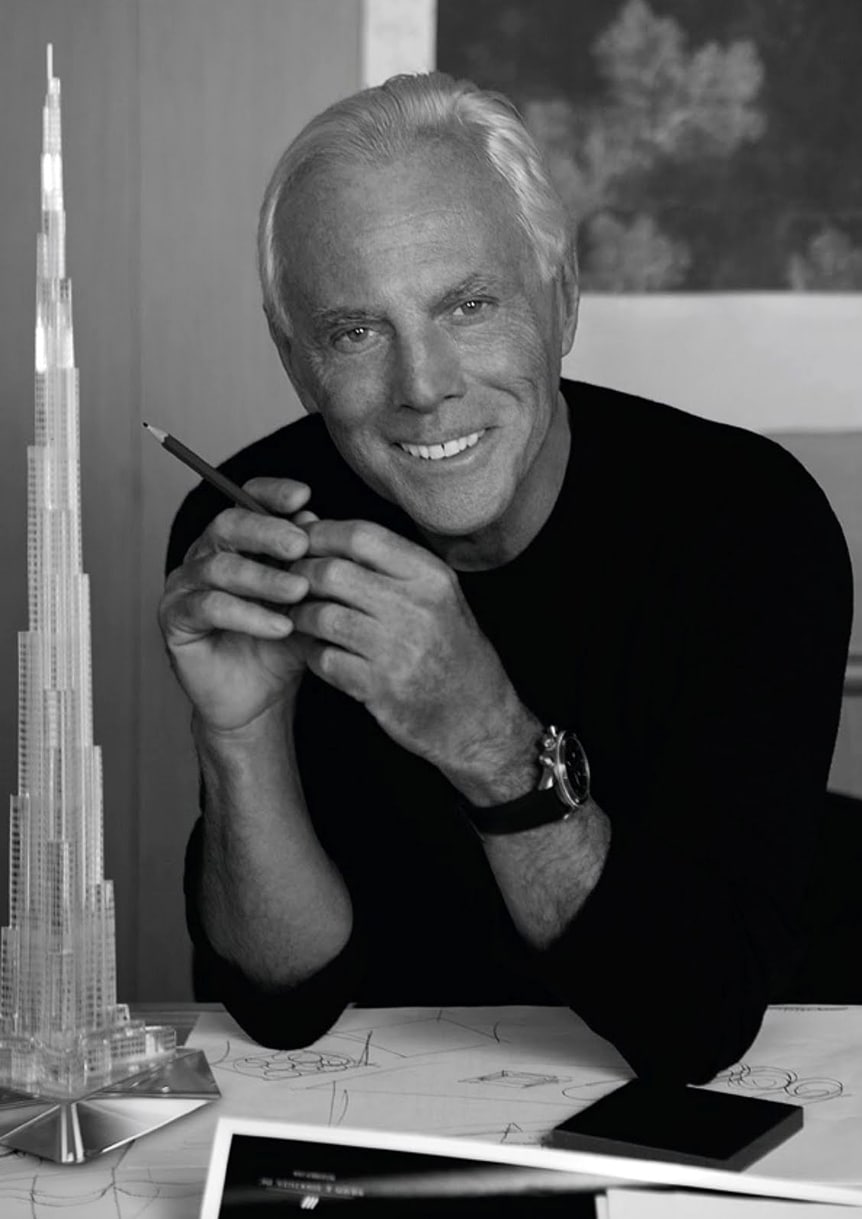 Because of the democratic nature of the Emporio line, Armani felt that he had to make use of new and unconventional advertising methods. These included television spots and enormous street ads, together with a house magazine that was sent out by mail to consumers, faithful Armani Eagle wearers. Armani also felt that a relationship with the cinema was essential, both for promotional reasons and for the stimulus to creativity. He designed the costumes for American Gigolo (1980), the success of which led to a long-term collaboration with the world of film. Armani designed costumes for more than one hundred films, one of the most important of which was The Untouchables (1987).

Despite Galeotti’s death (1985), Armani continued to expand commercial horizons and licensing agreements. He opened Armani Japan and introduced a line of eyeglasses (1988), socks (1987), a gift collection (1989), and a new “basic” men’s and women’s line for America known as A/X Armani Exchange (1991). After the frenetic expansion of the 1990s (sportswear, watches, eyeglasses, cosmetics, home, and new accessories collections), 2000, the twenty-fifth anniversary of the brand, saw a flurry of investment activity, including stock sales and the acquisition of new manufacturing capacity intended to increase Armani’s control over the quality and distribution of his products.
Armani’s men’s and women’s skiwear and ski casualwear line was developed in 1995.
In 1996 his long-time friend Eric Clapton composed some songs for Armani’s fashion shows and is since dressed in Armani. Later, Clapton opened two Emporio Armani stores in New York City.

He also prepared to break in the Chinese market by opening up his first store in that country in 1998. The small shop in Beijing was followed by a flagship store in Shanghai in 2004. In 2000, Giorgio Armani SpA was introducing new lines of cosmetics and home furnishings, and expanding its line of accessories. At the same time, the Guggenheim Museum in New York hosted an exhibition of Armani’s work – a first for a living designer. 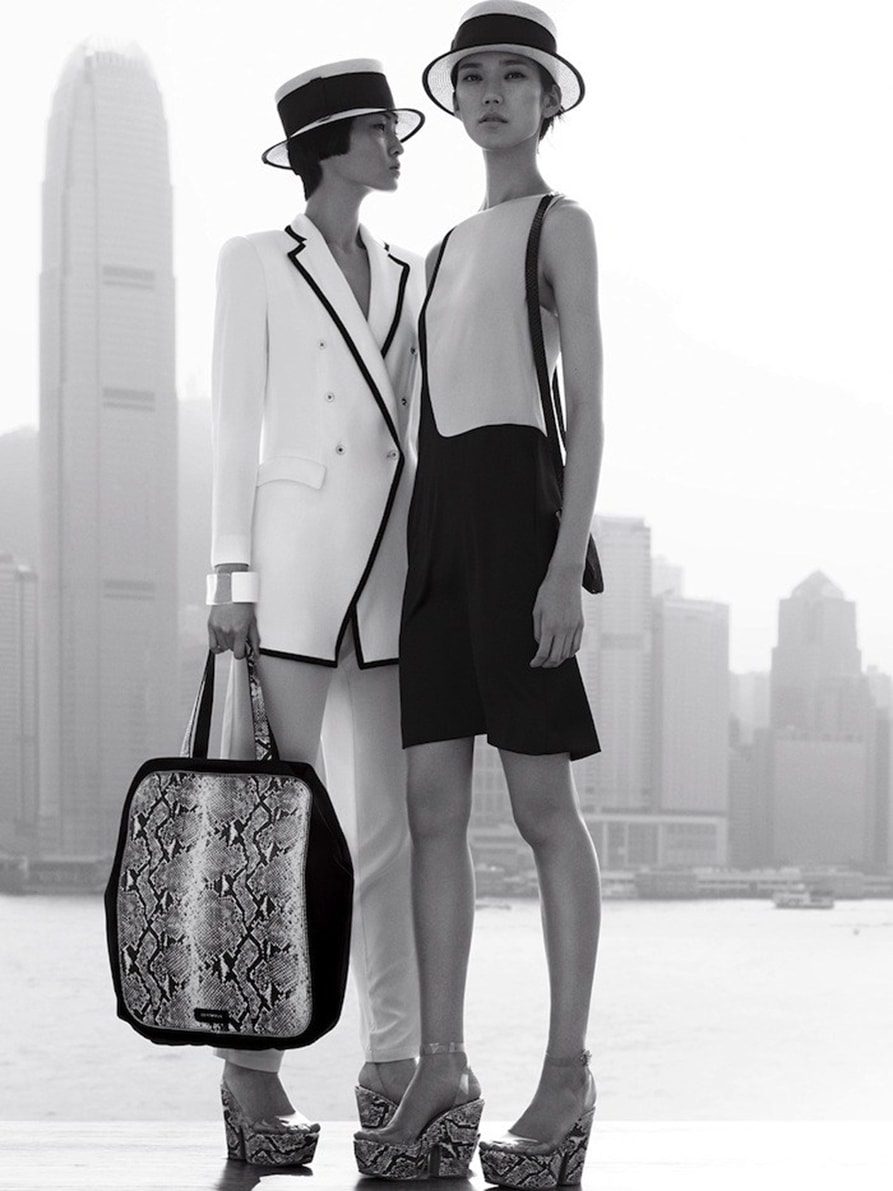 In 2008, Armani designed the bullfighting costume, called the “Goyesco”, worn by Spanish bullfighter Cayetano Rivera Ordóñez at the “Corrida Goyesca” in Ronda, Spain. They have also collaborated on several fashion shows and other events. 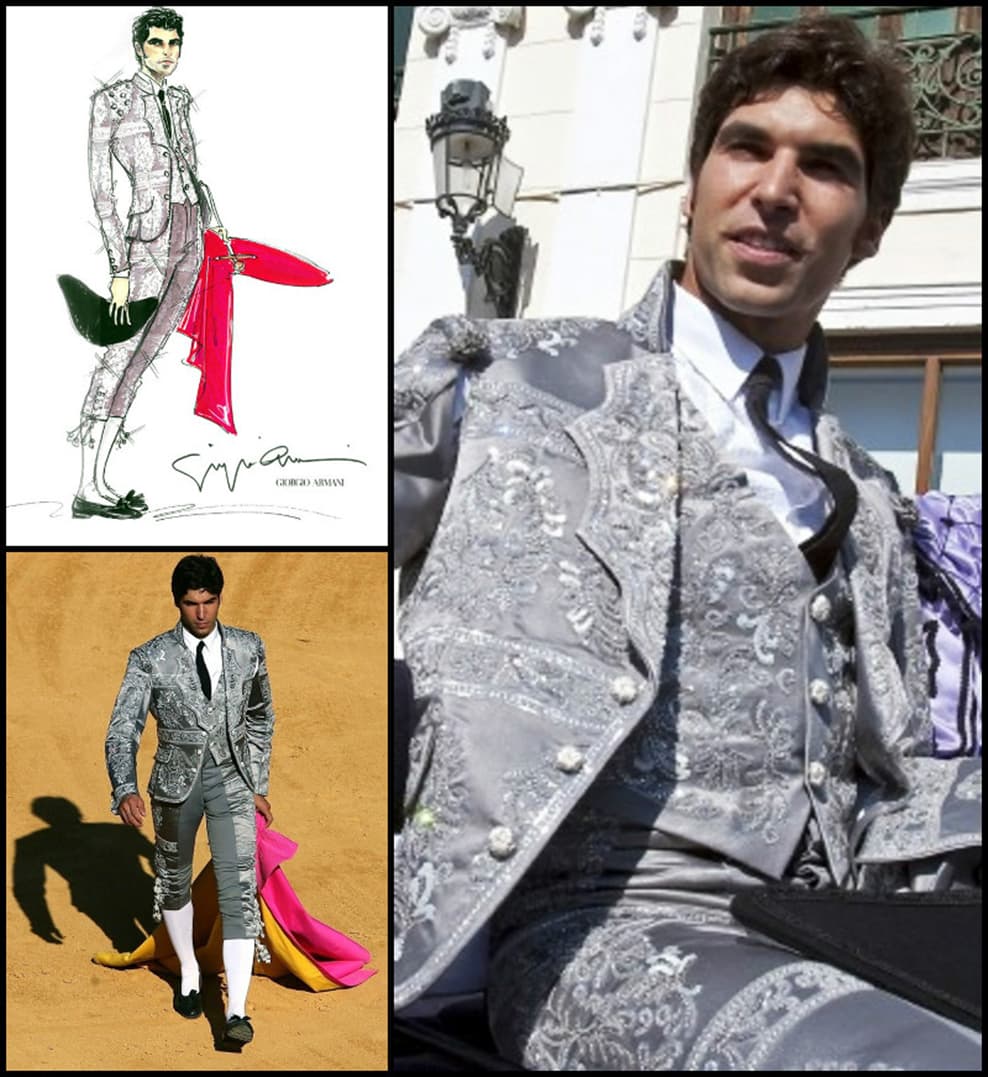 Giorgio Armani has a keen interest in sports. He is the president of the Olimpia Milano basketball team, and an Inter Milan fan. He has twice designed suits for the England national football team. He has since designed suits worn by players of the London club Chelsea since August 2007. He designed the Italian flag bearers’ outfits at the opening ceremony at the 2006 Winter Olympics in Turin and also designed Italy’s Olympic uniforms for the 2012 Summer Olympics in London. Armani also designed and introduced the EA7 range, a brand inspired by Ukrainian footballer Andriy Shevchenko, who at the time played for A.C. Milan and wore the number 7 jersey. 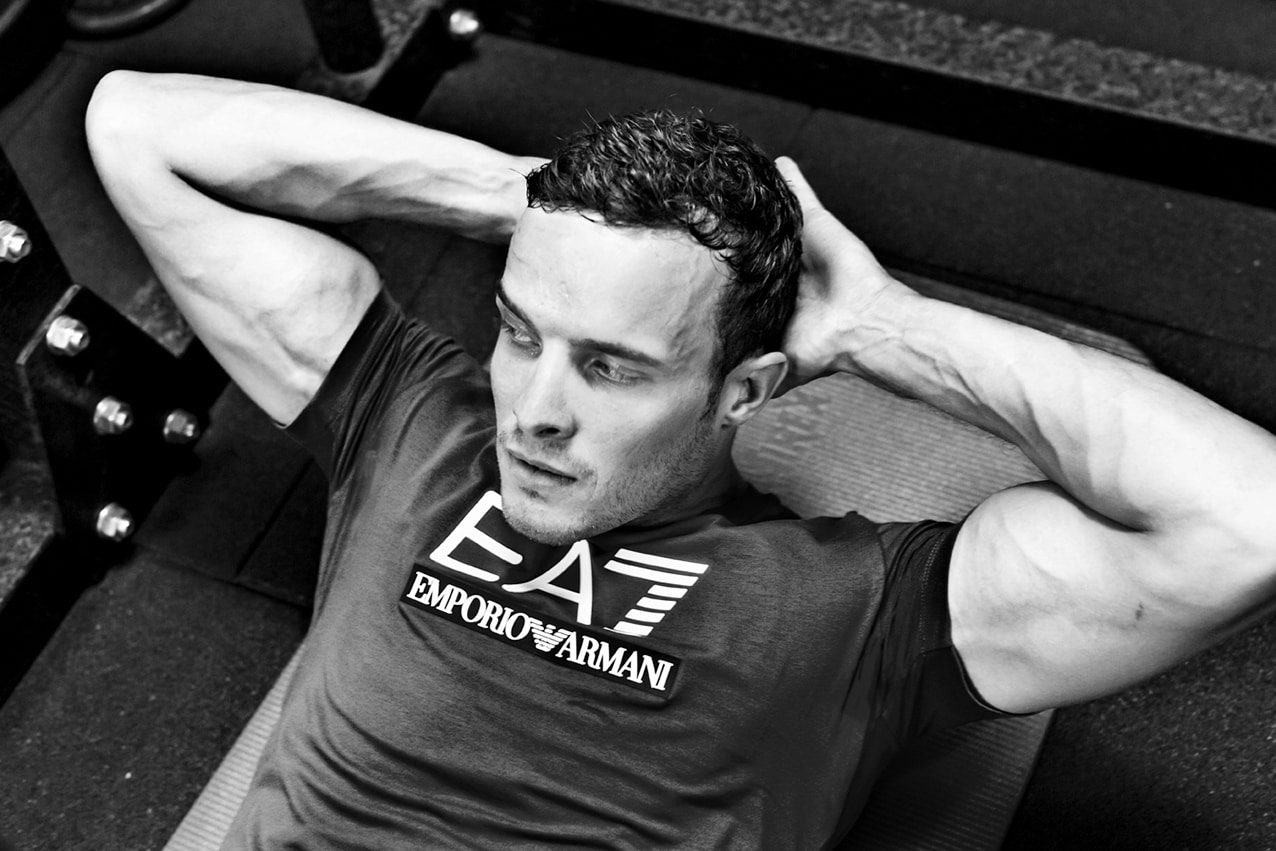 The Chelsea Football Club has commissioned Armani to create a new look for its Directors’ Suite at Stamford Bridge. To be called the “Armani Lounge,” the dining room and lounge area serves as the principal meeting place on matchdays for the Chelsea Board of Directors and for the entertainment of VIP guests. In total the “Armani Lounge” covers 200 square metres for which Giorgio Armani has personally designed a unique concept featuring furnishings from his Armani/Casa home interiors collection

Armani broadcast his collection live on the Internet, the first in the world of haute couture, on 24 January 2007. The Armani Privé Spring/Summer 2007 fashion show was broadcast via MSN and Cingular cellular phones.

Armani has designed many stage outfits for pop superstar Lady Gaga, including those worn on her record breaking Monster Ball Tour and Born This Way Ball Tour. In addition, he has also designed for many high-profile award shows, such as the 52nd Grammy Awards and the 2010 MTV Video Music Awards.