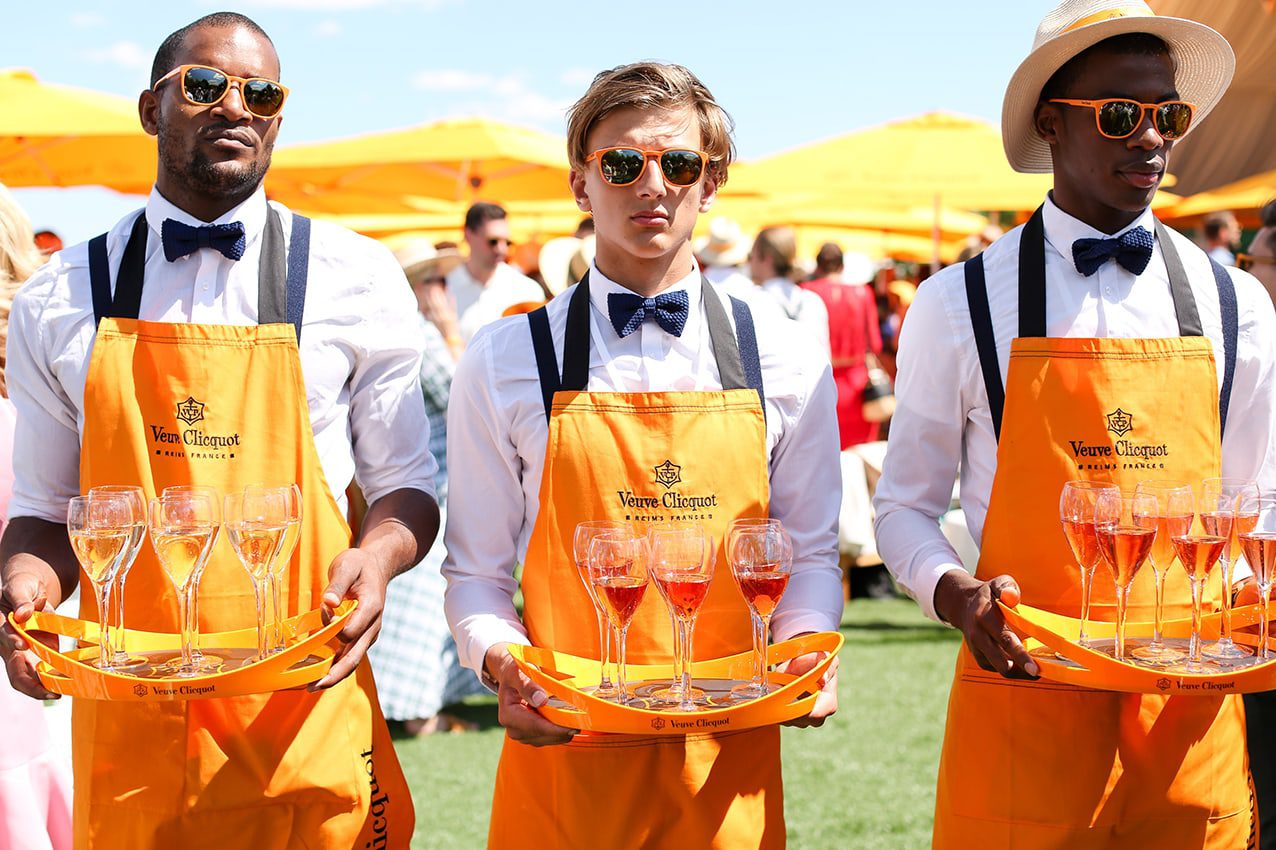 In 1772, Philippe Clicquot-Muiron established the original enterprise which eventually became the house of Veuve Clicquot. In 1775, it was credited to be the first Champagnes house to produce rosé Champagne, using the method of adding red wine during production.

Philippe’s son, François Clicquot, married Barbe-Nicole Ponsardin in 1798 and died in 1805, leaving his widow (veuve in French) in control of a company variously involved in banking, wool trading, and Champagne production. She became the first woman to take over a Champagne house. Under Madame Clicquot’s guidance, the firm focused entirely on the last, to great success.

During the Napoleonic Wars, Madame Clicquot made strides in establishing her wine in royal courts throughout Europe, notably that of Imperial Russia, thus becoming the first Champagne house to ship Champagne through the blockade to Russia in 1811. During this time, she also gave Champagne to the Prussian guards enforcing the blockade and the soldiers opened the champagne with their swords, so started the technique of sabring Champagne.By the time she died in 1866 Veuve Clicquot had become both a substantial Champagne house and a respected brand. Easily recognised by its distinctive bright yellow labels, the wine holds a royal warrant from Queen Elizabeth II of the United Kingdom. 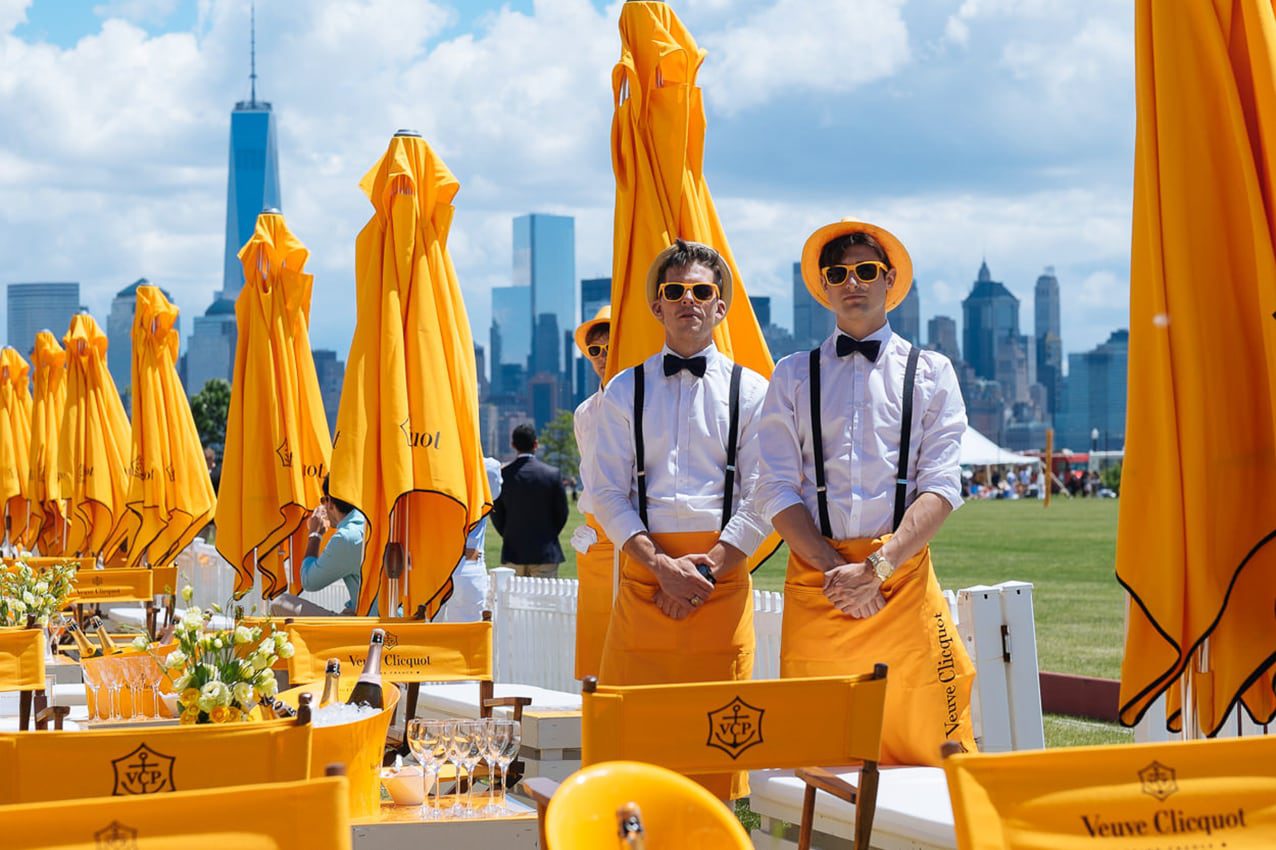 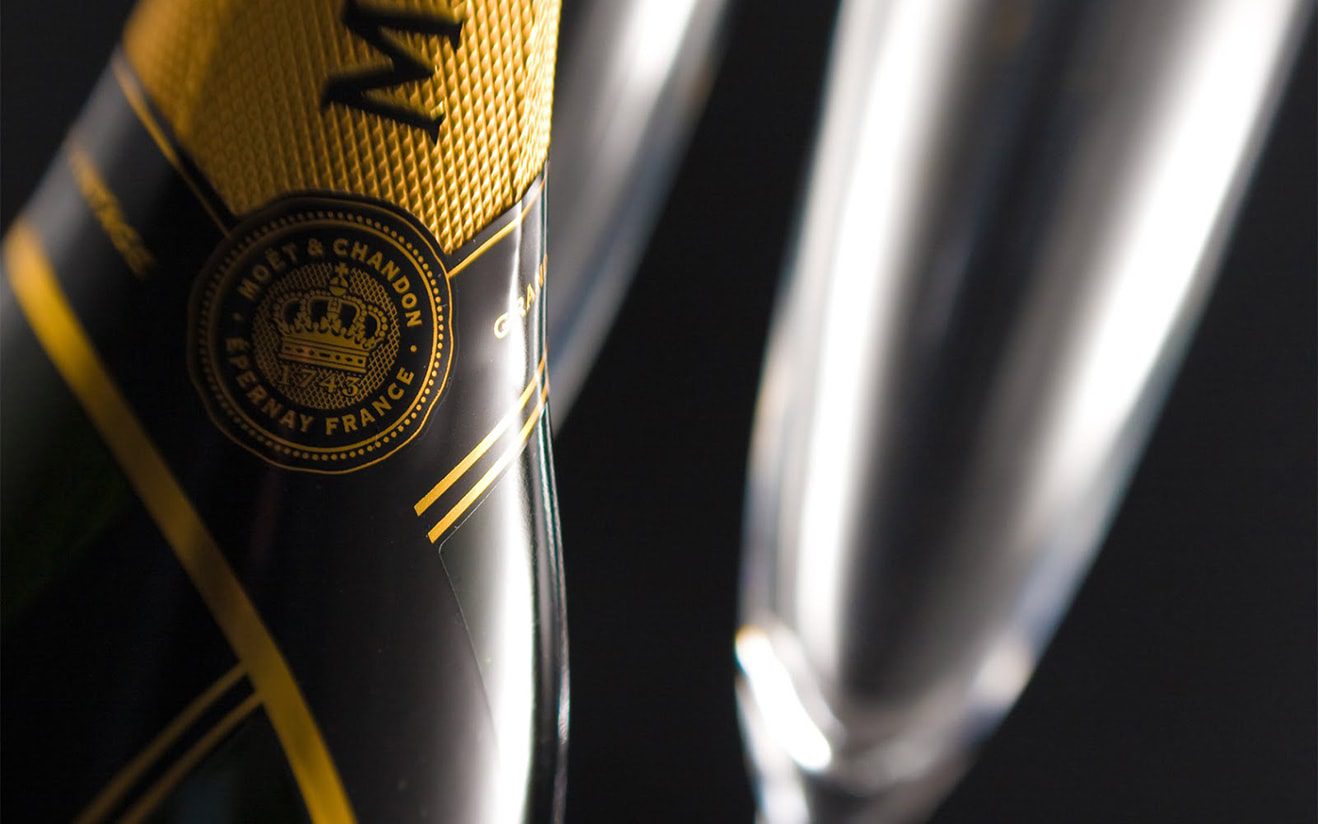 Moët & Chandon or Moët, is a French fine winery . Moët et Chandon is one of the world’s largest expansive champagne producers. Moët et Chandon was established in 1743 by Claude Moët, and today owns 1,150 hectares (2,800 acres) of vineyards, and annually produces approximately 28,000,000 bottles of champagne.

In 1833 the company was renamed Moët et Chandon after Pierre-Gabriel Chandon, the joined the company as a partner of Jean-Remy Moët, Claude Moët’s grandson. Following the introduction of the concept of a vintage champagne in 1840, Moët marketed its first vintage in 1842. Their best-selling brand, Brut Imperial, was introduced in the 1860s. Their best known label, Dom Perignon, is named for the Benedictine monk remembered in legend as the “Father of Champagne”.

Moët & Chandon holds a royal warrant as supplier of champagne to Queen Elizabeth. 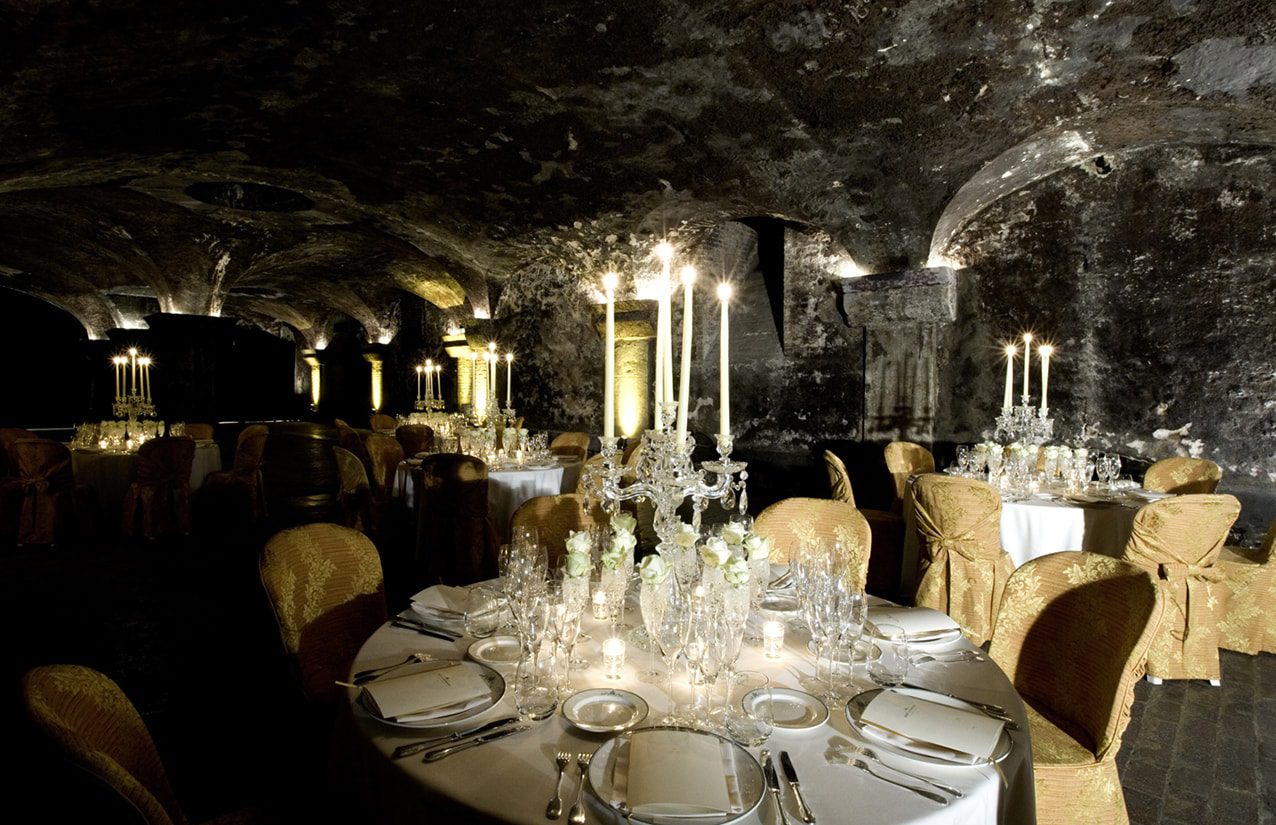 In 2006, Moët et Chandon Brut Impérial issued an extremely limited bottling of its champagne named “Be Fabulous”, a special release of its original bottle with decorative Swarovski crystals, marking the elegance of Moët et Chandon.

Heidsieck & Co “Monopole” is a champagne house located in the Champagne region of France. 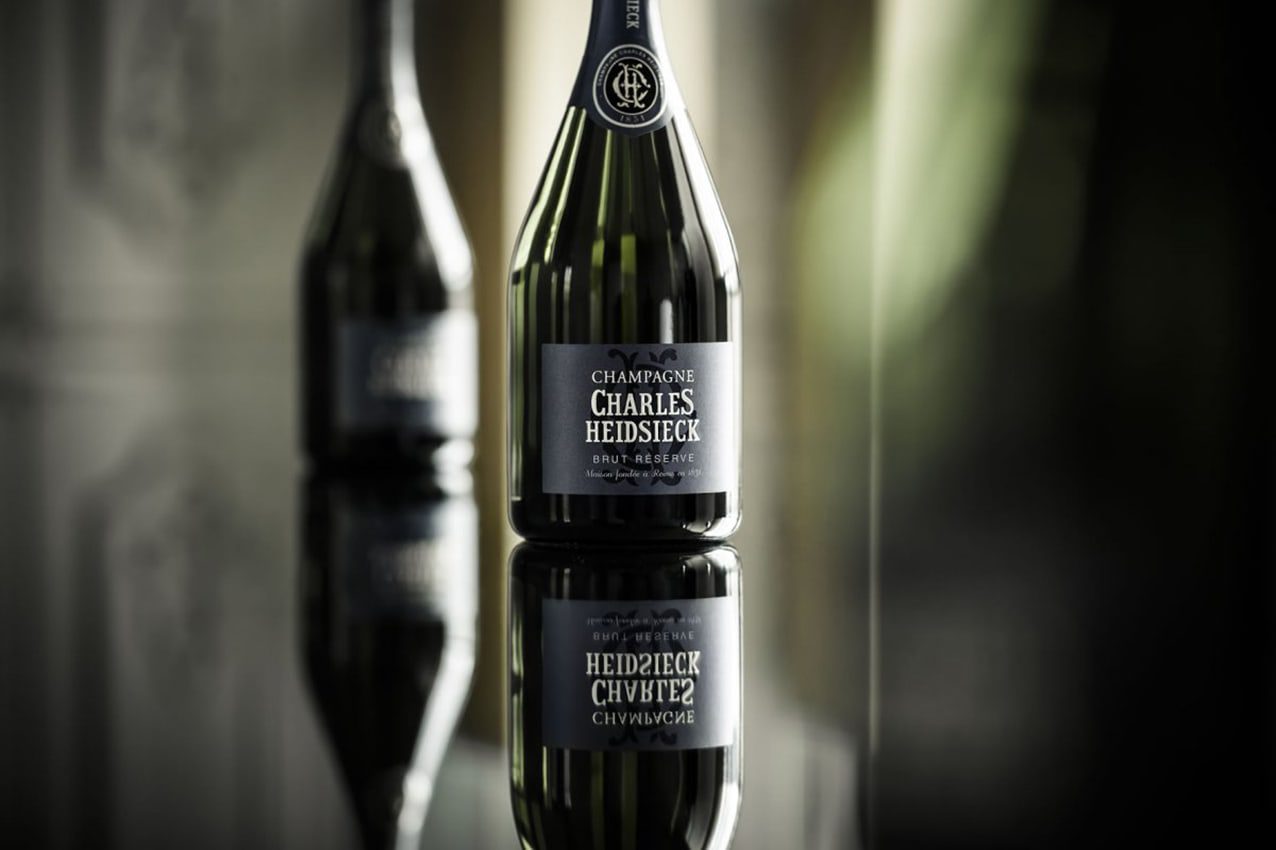 It was founded in 1785 by Florens-Louis Heidsieck. Following the death of the founder in 1828, the successors were his relatives Henri-Louis Walbaum, Frédéric-Auguste Delius and Christian Heidsieck. In 1860 Henri Louis Walbaum and Auguste Heidsieck establish the trademark “Monopole”. 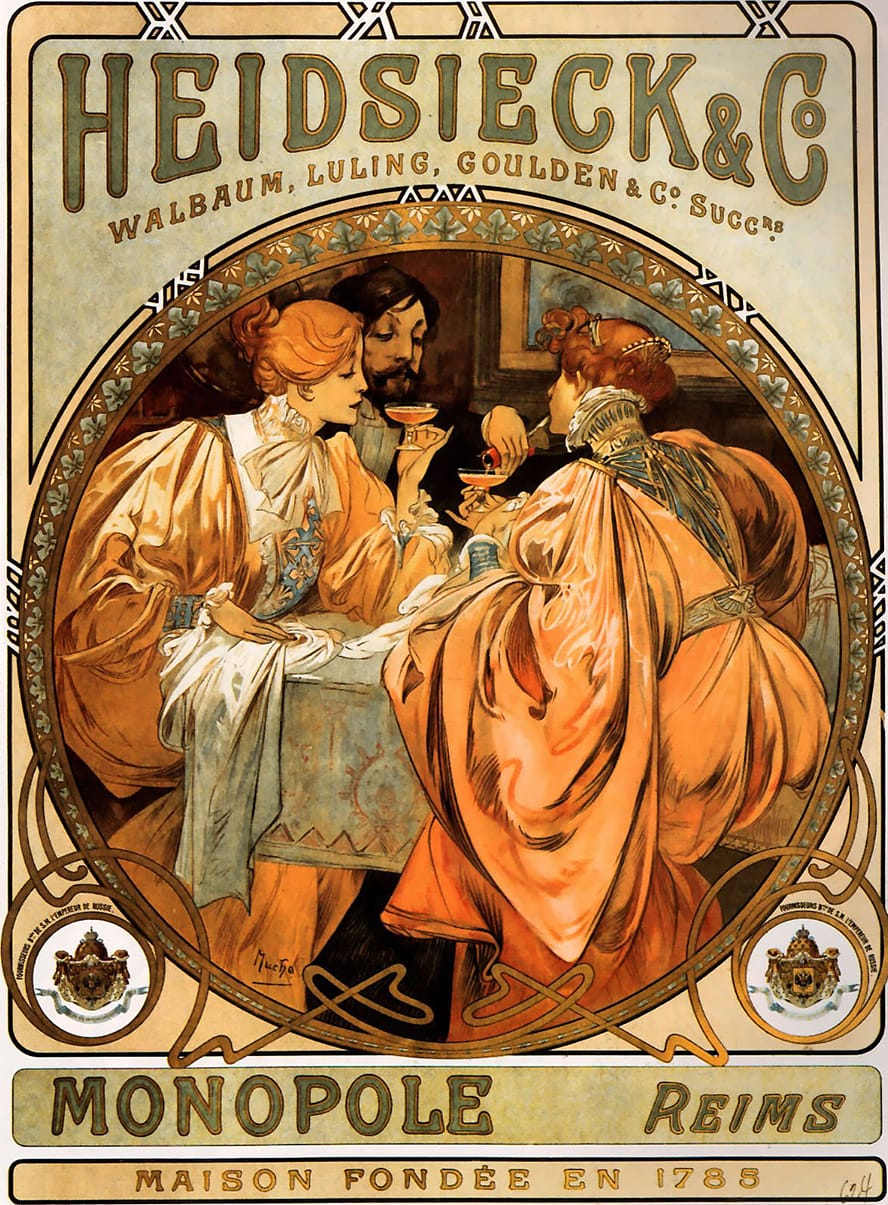 In 1923 Édouard Mignot, founder of the grocery store chain “Les Comptoirs Français” acquires the company, which then becomes “Champagne Heidsieck & Co Monopole SA”.
After the Second World War, in 1956 the Champagne Academy in London is founded with “Heidsieck & Co Monopole” as one of the founding members.
In 1998, the Hiedsieck cuvée called Diamant bleu vintage 1907 was found in the shipwreck of the Swedish freighter Jönköping in the Gulf of Finland, the ship was chartered to deliver spirits, via neutral Sweden, to the Imperial Court of Tsar Nicholas II of Russia. The ship was torpedoed in 1916 by a German submarine during World War I and a majority of the bottles survived in the frigid waters. About 2000 bottles were salvaged from the ship and have been sold at auctions all over the world.

PIPER-HEIDSIECK is a Champagne house from the Champagne region of France. Founded by Florens-Louis Heidsieck on July 16, 1785 in Reims, the Heidsieck name was combined with the Piper name in October 1839. 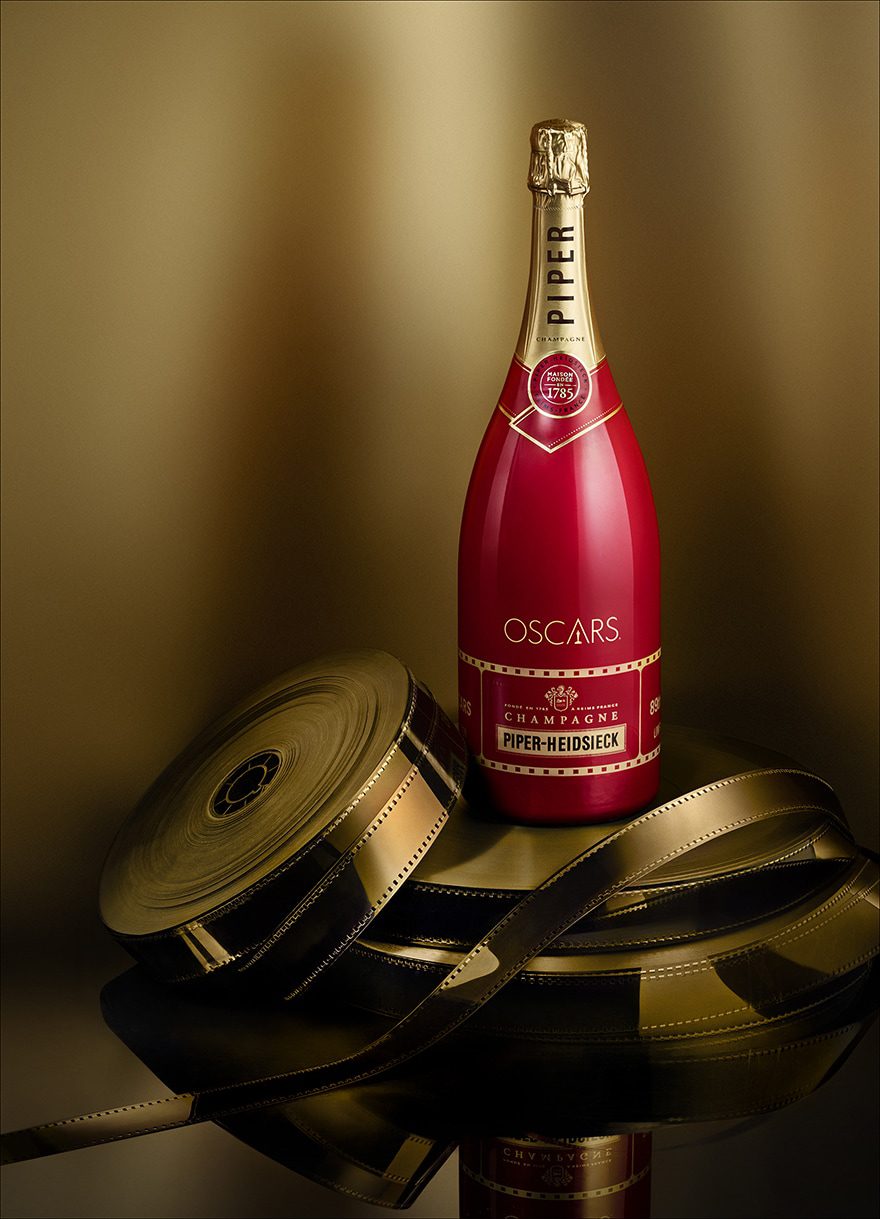 “I wake up each morning with a glass of Piper-Heidsieck; it warms me up” 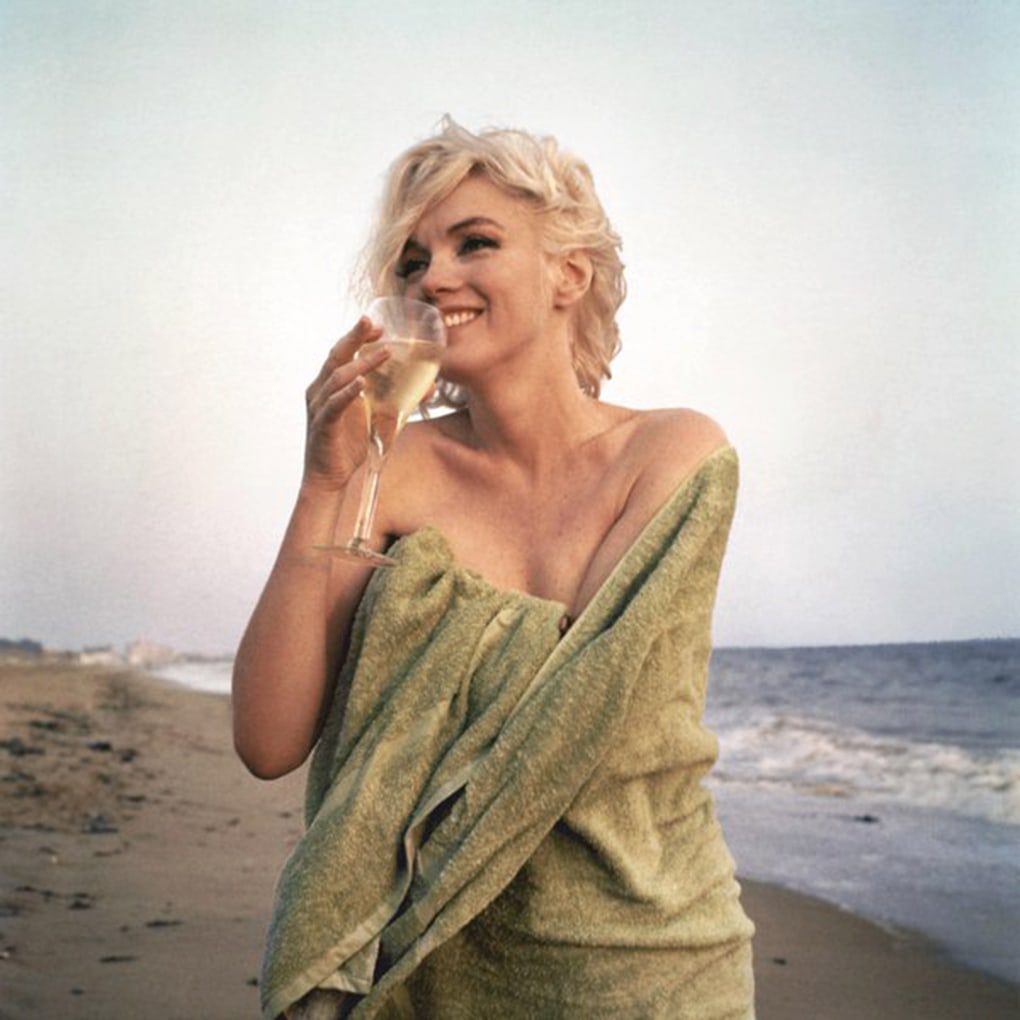