Viktor & Rolf is a fashion house, which specialises in creating conceptual and avant-garde designs. The fashion house was founded in 1993 by Dutch designers Viktor Horsting and Rolf Snoeren.
For more than twenty years Viktor & Rolf have sought to challenge preconceptions of fashion, and bridge the divide between fashion and art. Viktor & Rolf have designed both haute couture and ready-to-wear collections.
The duo is renowned for their avant-garde designs, which rely heavily on theatrical and performative fashion runways.
Viktor Horsting and Rolf Snoeren first met while studying at the Arnhem Academy of Art and Design in 1989. Upon graduation in 1992, the pair began working together and relocated to Paris.
Initially, Viktor & Rolf were shunned by the fashion industry however were received well by the art world. Subsequently, art institutions such as the Groninger Museum began to acquire garments from the designers. Initial collections established the extravagant silhouettes, witty use of materials and irreverent concepts the designers would come to be known for. 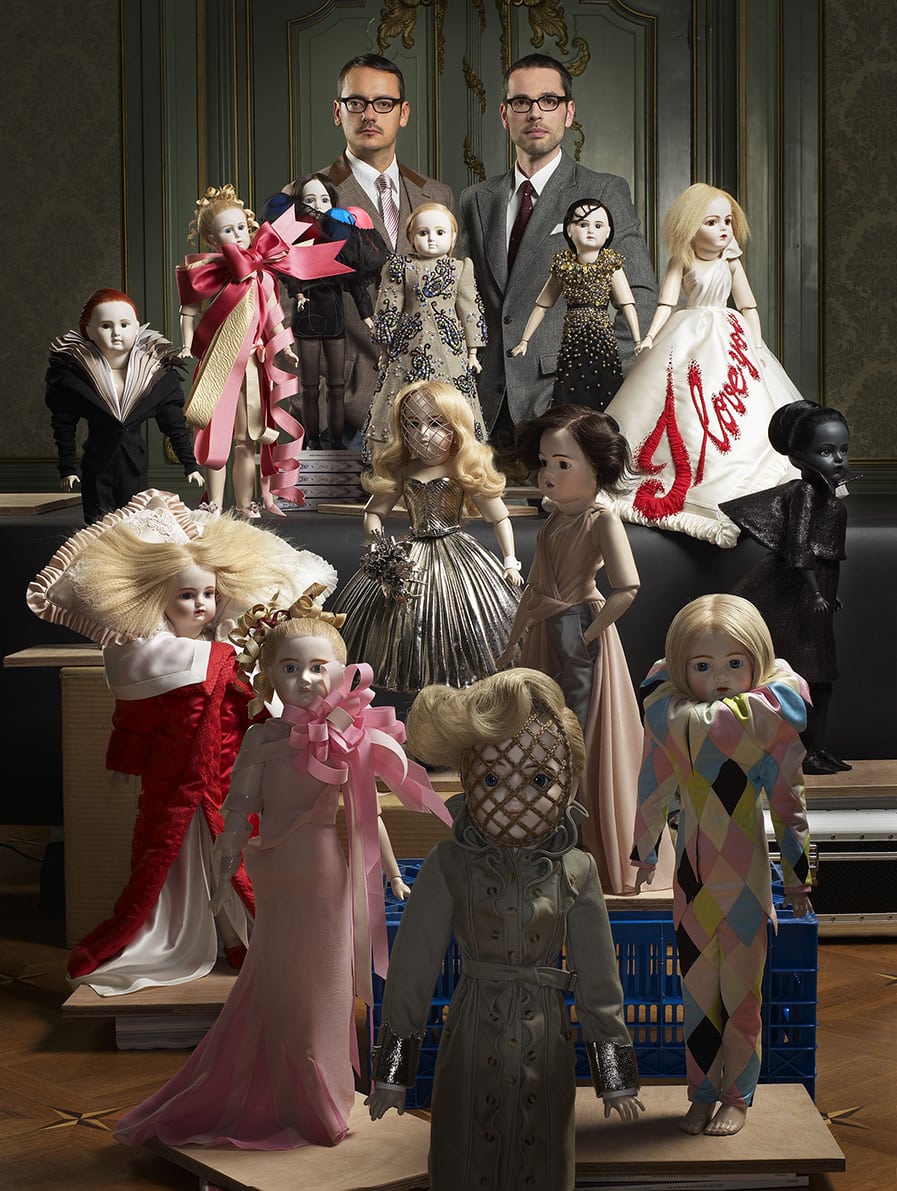