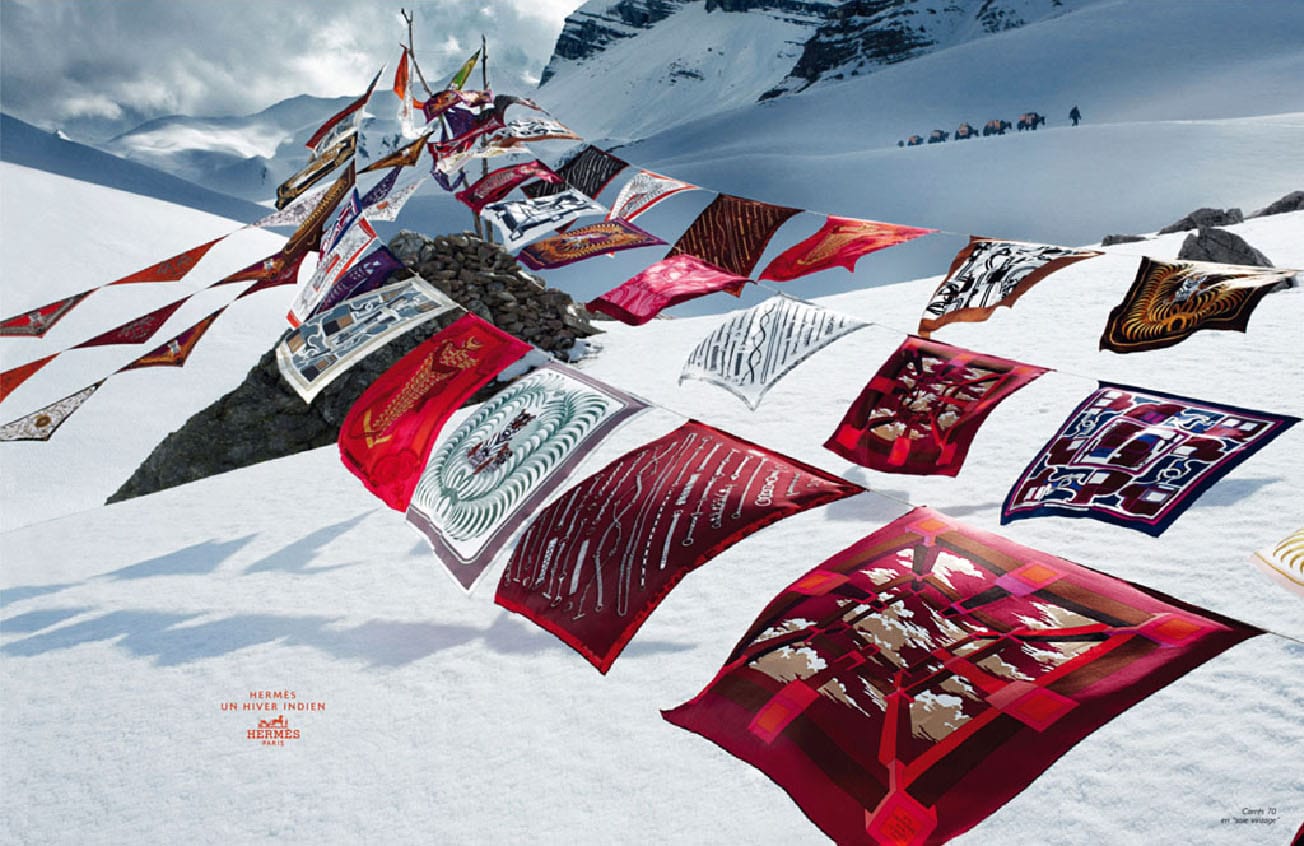 Hermes Square. The Hermes square is a square silk scarf , emblematic of the French Hermes house .
Just a century after the creation of the company by Thierry Hermès , Robert Dumas, director of Hermes, realizes in 1937 the first square with the name of Jeu des Omnibus and Dames blanches (reissued since other colors), inspired by a kind of game of Goose very popular at the time.It became a classic and an icon of the brand, sometimes qualified, according to sources, timeless, transgenerational, even mythical. This scarf, like the Kelly bag , the orange color of the brand, or the carriage of the logo, illustrates and personifies the company Hermes

The printed handkerchief, as an essential feminine fashion accessory of the time, appears in the nineteenth century. This handkerchief, growing closer to the headscarf, to become also masculine by turning into “handkerchiefs”. The soldiers of the day are provided with printed handkerchiefs on which there are military motives, or even illustrated instructions, for illiterate combatants. During the beginning of the First World War, patterns printed on the handkerchief changed, including for women where they took a military or at least masculine inspiration. While the military instruction manuals were made mandatory around 1937, the soldiers being supposed to know how to read, Hermes will be inspired by this tradition.

Originally, the illustrations were close to the equestrian world and the hunting like Jumping or The walk to Longchamp , to evolve then towards the animals, the arts, the Napoleonic epic, or the automobile, themes returning regularly in the collections then the sport in general with for example an edition for the 1984 Summer Olympics.
Nowadays, the drawings are very varied, from the most classic to the most contemporary like the models. All made in the workshops of the Lyon region of the brand and signed “Hermès Paris”