S.K. James ◊ One of the early developers 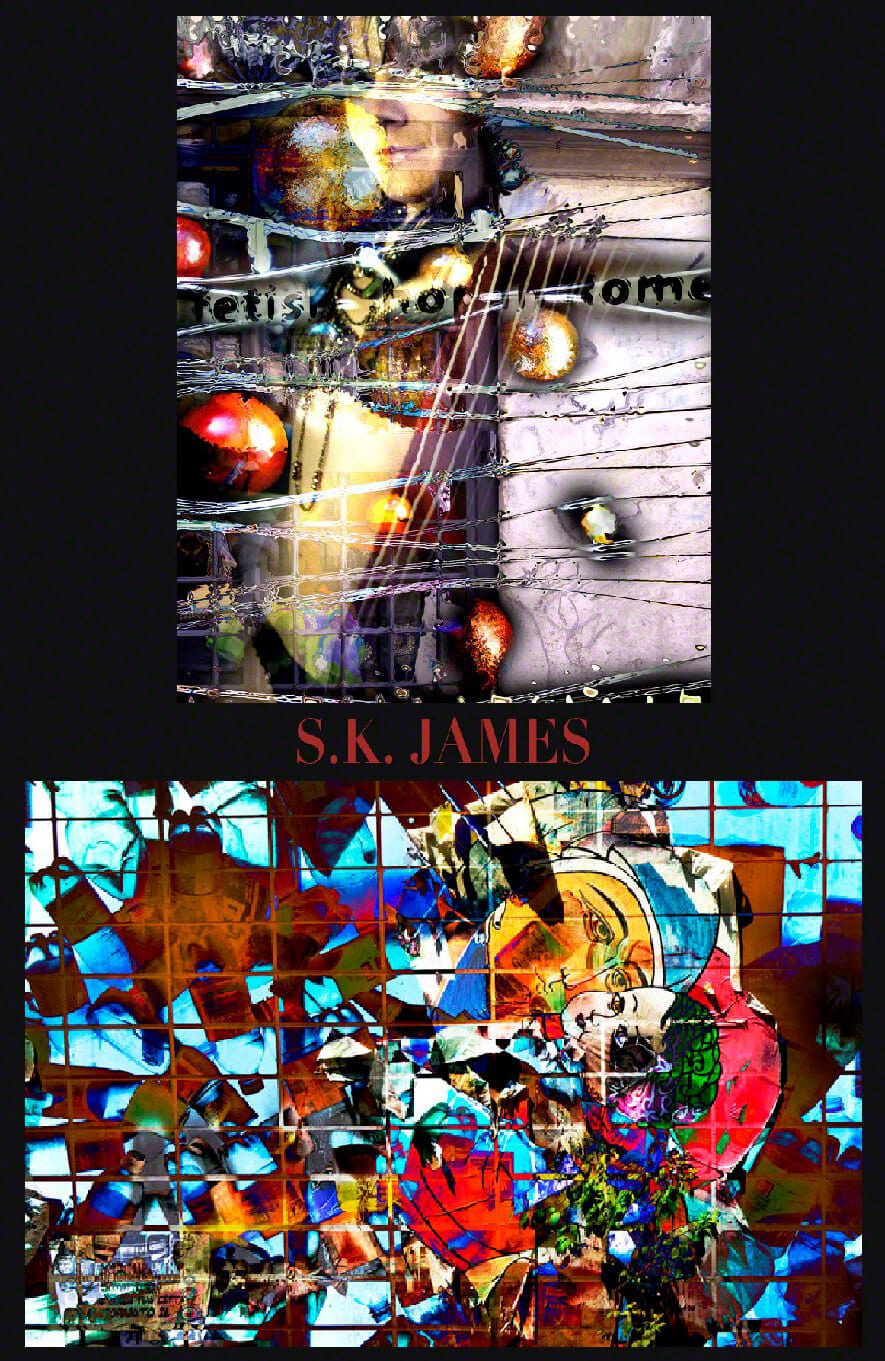 S.K. James Digital Mixed Media Artist. S.K. James is one of the active members of artistic movement NadaDada, founded by Chad Sorg and others in Reno, Nevada in 2006. Within the last seven years Chad Sorg created a place that he calls, “The Car Forest of the Last Church” in a remote ghost town called Goldfield, Nevada. Designer, Stella McCartney used his “Car Forest” as a backdrop in her 2016 art video.

James says, I have always felt like an artist, from a time when I was very young.  And I have always combined my foundation in eastern spirituality with my art.  I’m a certified meditation teacher and studied under Deepak Chopra, who is quite famous here in the U.S.; I have been involved in yoga and meditation since I was 13 years old.  Meditation teaches one to be “conscious,” to be “awake,” and to “see more.”  I like to think that I bring consciousness to my art.

Another major influence on James’work has been the writer, Jack Kerouac, who founded the Beat Generation and was memorialized by his famous book, On the Road.   This is a uniquely American book and represents the freedom from societal constraints that Americans like to dream about.  And so, says James, the romantic visions of Kerouac affected me and I started my artist life trying to produce work as a writer.  As a college student I was a film critic and Hollywood studios used to fly me to Los Angeles and New York to view screenings of major motion pictures.   I was able to meet and interview actresses like Meryl Streep and directors like France’s Jean-Jacques Annaud and I fell further in love with the world of film.

James first moved to Reno in 1988 and took a job straight out of law school working for the former Governor of Nevada in a large law firm.  Although I grew up in the Midwest, in Missouri, James says, Reno was a new and better place, truly on the American frontier and still quite wild in many ways.  If you look at a map of Reno you will see that we are a four-hour drive to San Francisco and surrounded by high mountains.   We are nowhere near Las Vegas, which is an eight hour drive. Reno is truly the Old West and has been a wonderful place to live and create art.  Since we are the closest city to the annual international art festival known as Burning Man, every year we have thousands of artists passing through Reno.  Beyond this, there are thousands of artists who live here, many of whom do art simply for the sake of doing art and without commercial motivations.

After I came to Reno, James says I continued to write nonfiction, prose and poetry and in 2003 I published my first book of poems, entitled Ride.  This was a significant event in my life because the Internet was still new and I used licensed images from many famous designers and combined those images with my poems.   That experience made me want to create my own images and so I became a photographer and a visual artist.   I knew that the age of digital art was just starting and I felt very fortunate to be one of the early digital artists.  I knew that digital art was revolutionary.   I founded my studio and named it Digital Mixed Media Studios to signify my fascination with the endless palettes and possibilities created by digital art.

It was during this time, says James that I also started to work with professional models.  Over the years I have shot many professional models.  I studied under Los Angeles-based photographers, Michael Helm and Perry Gallagher  (both very well known), and learned about make-up and wardrobe and how to light and pose models.   Since then I have regularly shot models as part of the subject matter of my work.  I have worked extensively with model and clothing designer, Jillian Ann (https://ritual.fashion/ ) over the years and she has often been featured in my work. 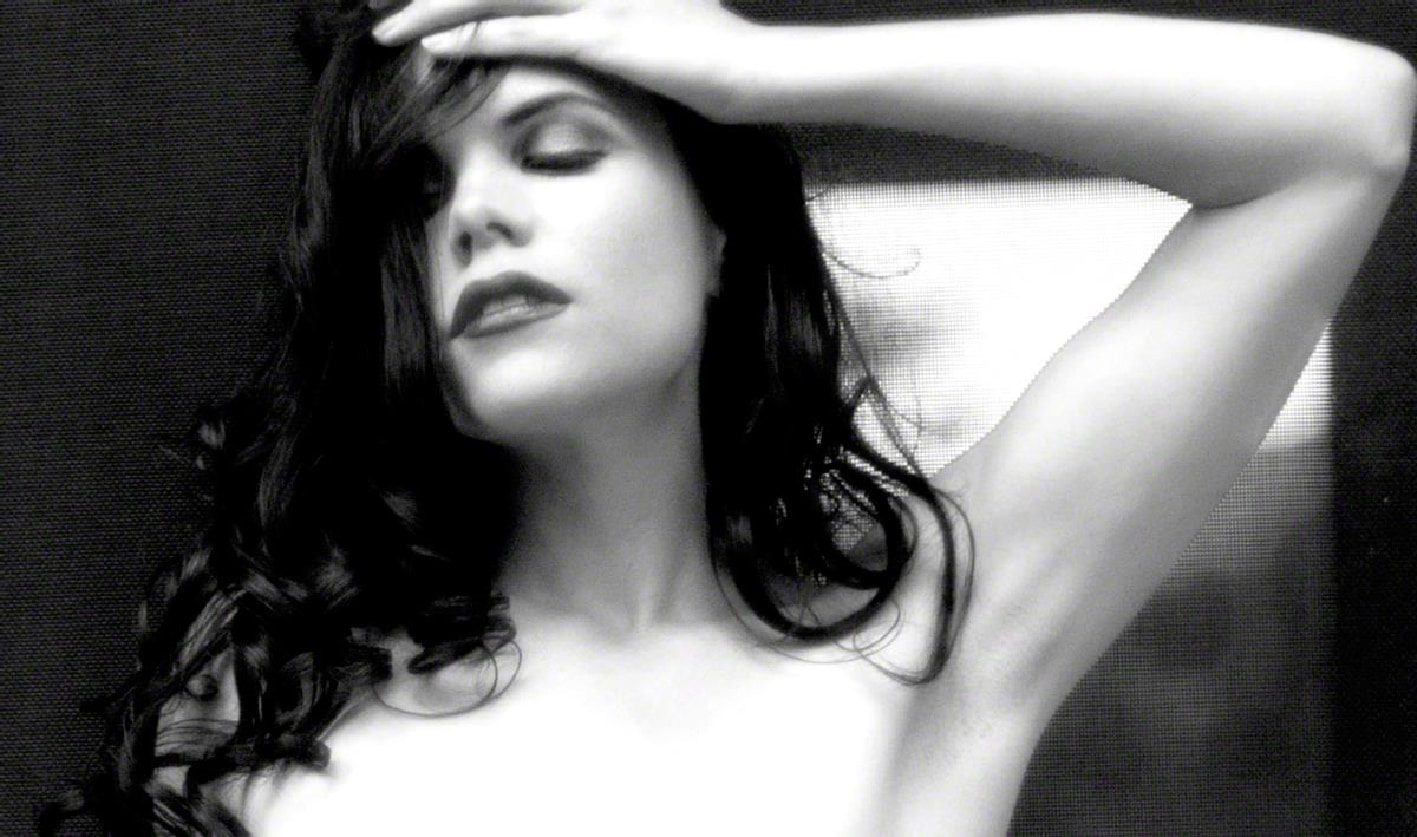 James remarks, I consider myself a designer as well as a visual artist.  I have always felt a sense of design and I know immediately what I like and don’t like in art and design.

I have also always traveled.  I lived in Taipei, Taiwan for about 18 months studying Mandarin Chinese.  I lived in London studying international law.  I have been across continental Europe and I have been to your beautiful city, Paris, many times.

I have created a great deal of visual art in the last 15 years, including numerous books James says.  I have also exhibited extensively.   In 2012 I was asked by the pioneering contemporary art museum known as the Los Angeles Center for Digital Art (LACDA), to become one of their original Represented Artists.  LACDA is now well established and well respected in the Los Angeles’ art world and I am invited to exhibit there regularly.

I am one of those artists who has no choice other than to create art; it’s a spiritual necessity for me to express and produce and so I am always trying to learn new digital palettes, improve my painting and broaden my boundaries.  I am constantly producing art.

James says, I have three very close artist friends here, all of whom are excellent artists.  I have always believed in the power of the collective and my art “troupe,” NadaDada has grown and thrived over the years with hundreds of artists participating.  Chad Sorg  and Dianna Sion were among the founders of NadaDada and both are full-time professional artists.  Dianna, in particular, is always painting models.  She is famous here in Reno and she is extremely talented.  John Molezzo, who went to film school, is another great artist and friend.  In 2009 he was interviewed by the New York Times.  Like me, John was an early developer of NadaDada.  He and Dianna Sion have been major influences on my work.  Over the years, John and I have used each other’s work in our work. Often I think of us as hip hop musicians, responding to the other in our work.

2003 – Author – Ride – Words and Images, published by Xlibris Press. One of the earliest books to utilize images found and licensed over the Internet and features images acquired from many artists and designers, including David Byrne and David Carson. Bruce Livingstone, founder of iStock.com, later acquired by Getty Images, said: “I loved Ride… It’s probably the highest quality reproduction of images from iStock I’ve ever seen.”

2006 – Early Developer and Participant – of the NadaDada Art Movement, which began in the fall of 2006 and recently celebrated its 10th Anniversary. In 2009, the New York Times did a full feature story on NadaDada and wrote: “Venice has its Biennale. Basel, Switzerland has its Art Basel. And Reno has NadaDada Motel, a jubilantly unpretentious art event…”

2011 – Curate/Exhibit – In Partnership with the City of Reno, Ordinarily Radical Mobile Exhibit

2012 – Invited – By the pioneering Los Angeles Center for Digital Art (LACDA) to become one of their first Represented Member Artists.

Credit – “Thank you” in the credits of the film, The Motel Life, for helping to scout locations