The Carnival of Venice by RUNWAY MAGAZINE ®

The Carnival of Venice is a traditional Italian festival dating back to the Middle Ages. Colors, shapes, costumes and masks are at the rendezvous.It begins 10 days before Ash Wednesday and continues until Mardi Gras. 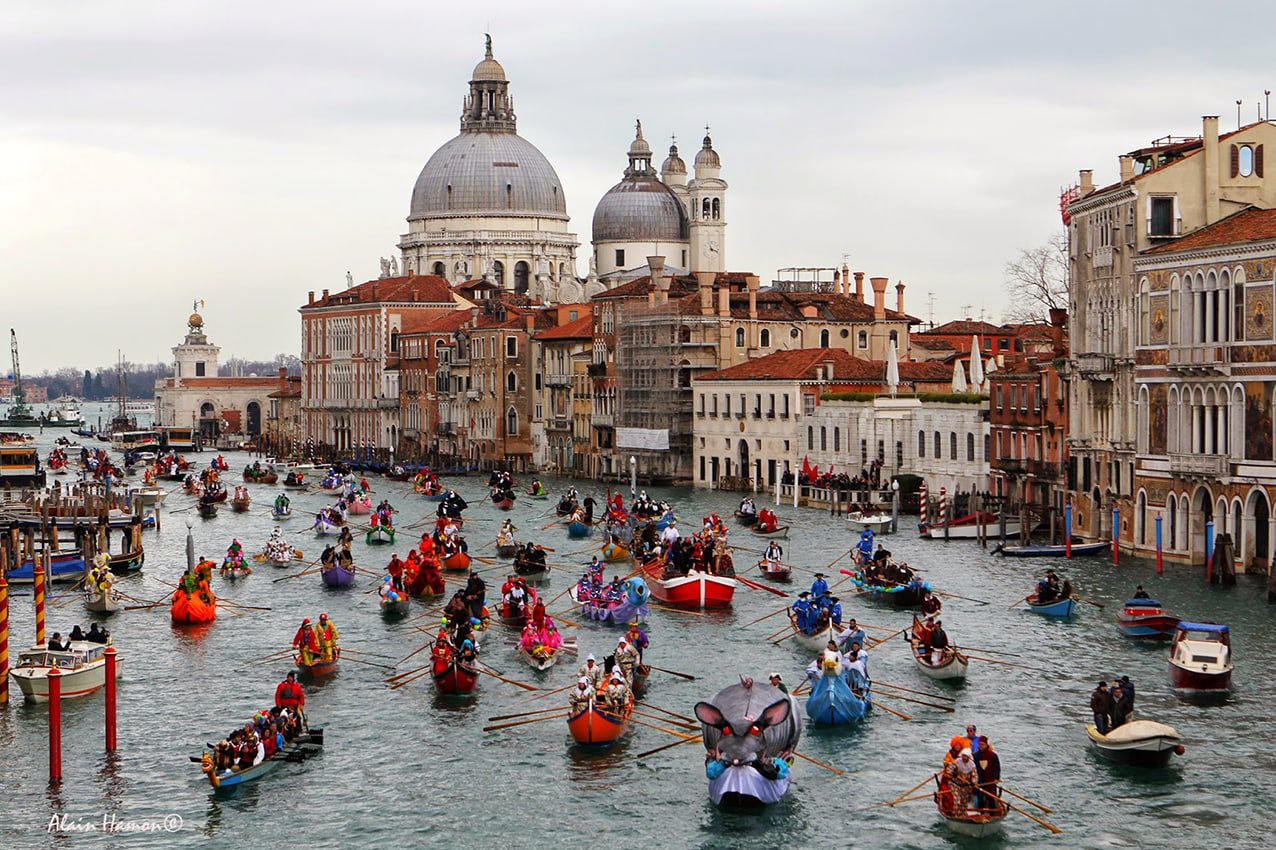 “The flight of the angel”

It is the event that opens the carnival, the first Sunday of the carnival. Created in the middle of the 16th century, “the flight of the Angel” was the thrilling flight of a secret guest from the city of Venice, which starts from the top of the bell tower of San Marco to the center of the square. “The flight of the Angel” is also called “Turkish flight”. This comes from a legend according to which a Turkish tightrope walker would have joined the campanile in balance in 1558. 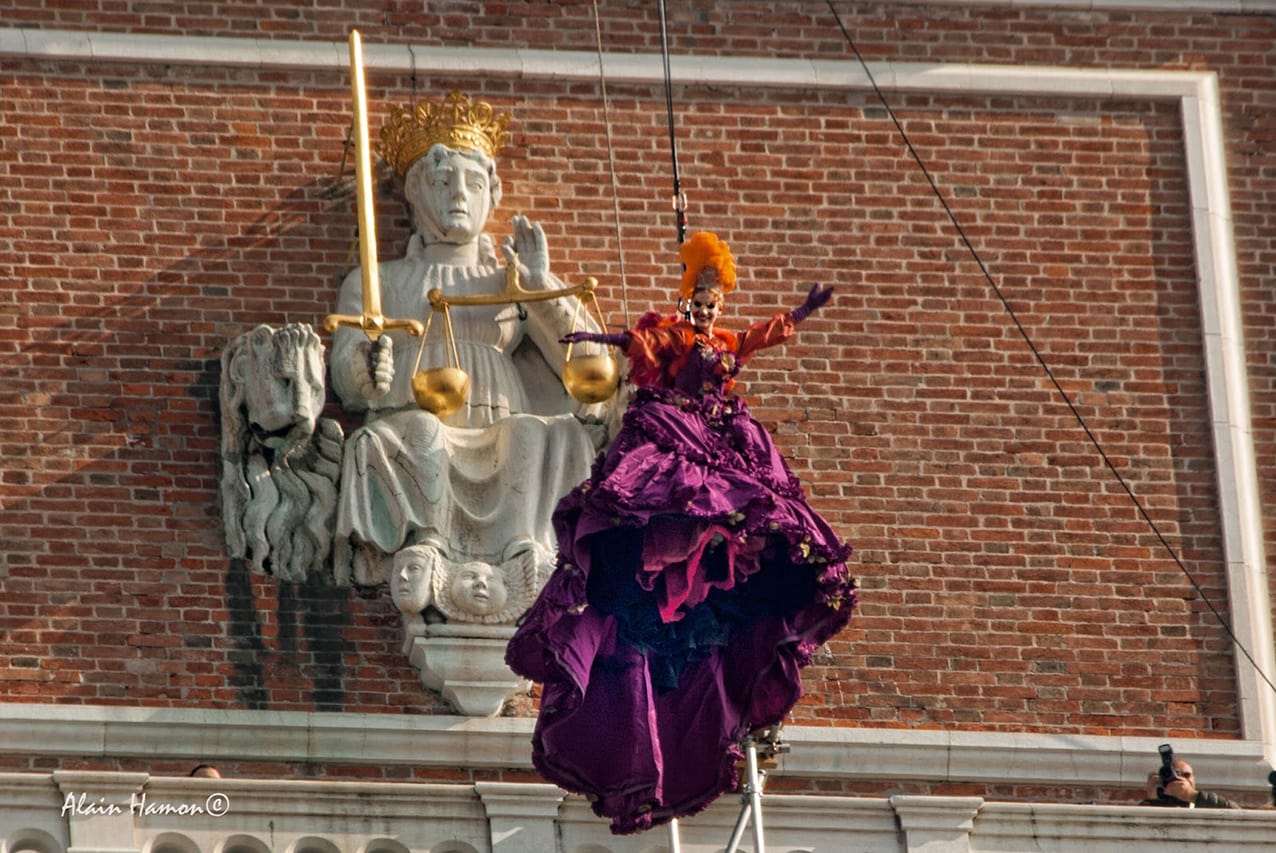 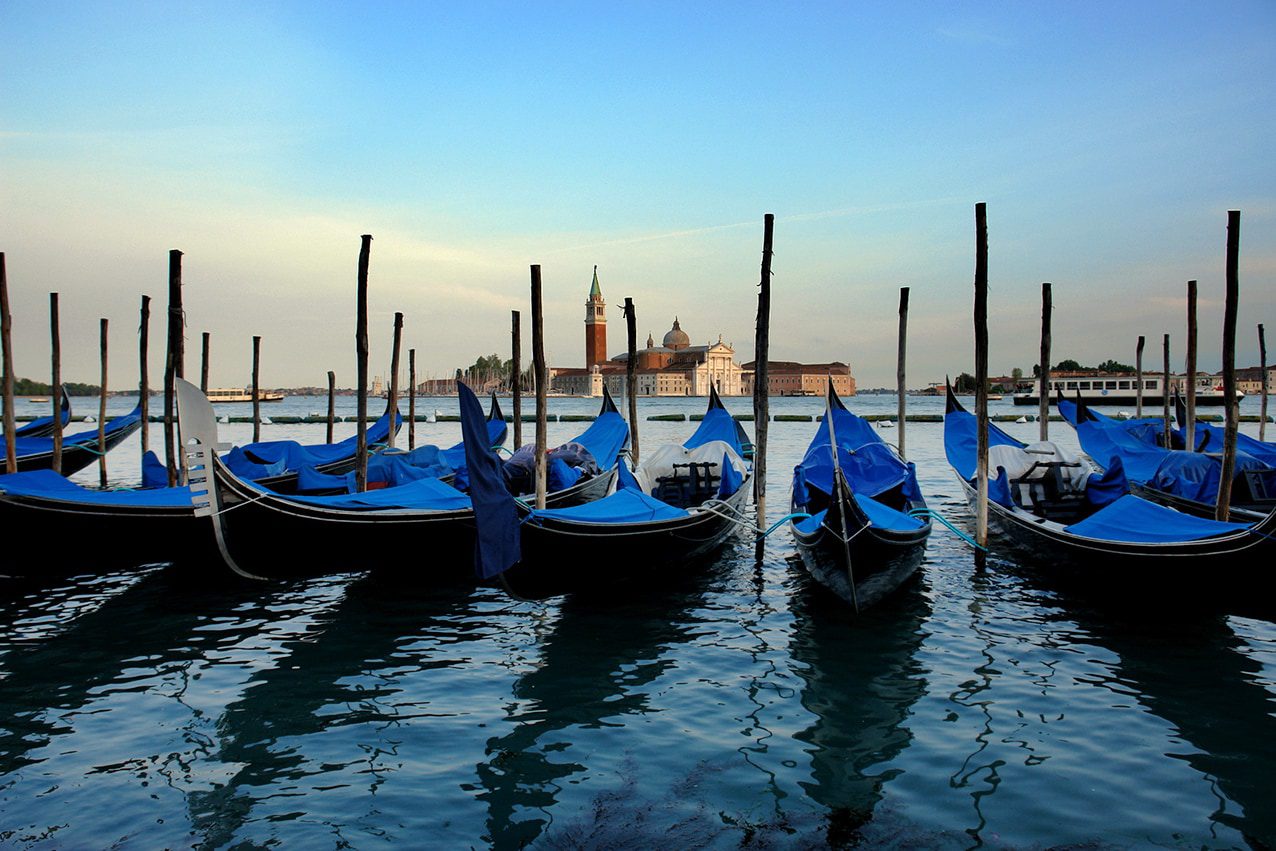 • The oldest mask of the carnival is the harlequin. Its origins are medieval. His costume consists of a black mask and a multicolored diamond dress. It is a Lombard mask, originally from Italy and belonging to the “Commedia dell’arte”.

• “La Bauta” is one of the most common costumes in the carnival. The particular shape of the mask ensures the possibility of eating and drinking without having to remove it.

• Another typical costume is “la Gnaga”. It consists of female clothing and a cat mask. The person carries a basket to his arm that usually contains a kitten. The character emits sounds strident, meow and mocking.

•  Many women wore a disguise called “moretta”. It consists of a small mask of black velvet and a delicate hat. “La moretta” was an inconvenient disguise. The mask had to fit on the face holding it with the mouth with a button inside the mask.

The wearing of the mask was challenged many times over the years. It was forbidden in the fourteenth century but only at night and then inside religious places and during religious festivals even those that took place during the carnival. The aim was to restore morality and the good morals which the mask bearers lost by being anonymous. From 1776, when the mask was forbidden in gambling houses, women had to wear “taborro”, “volto” or “la bauta” to go to the theater. 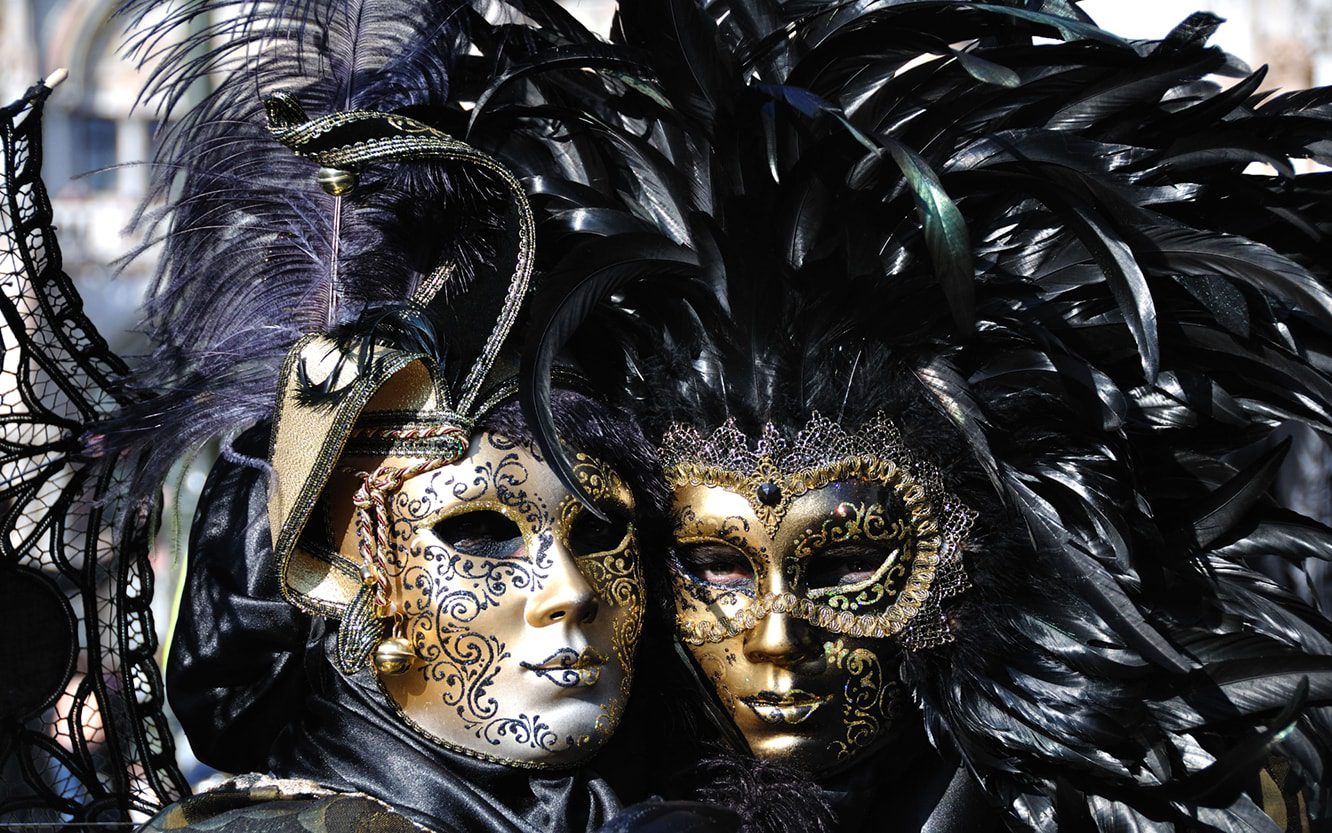 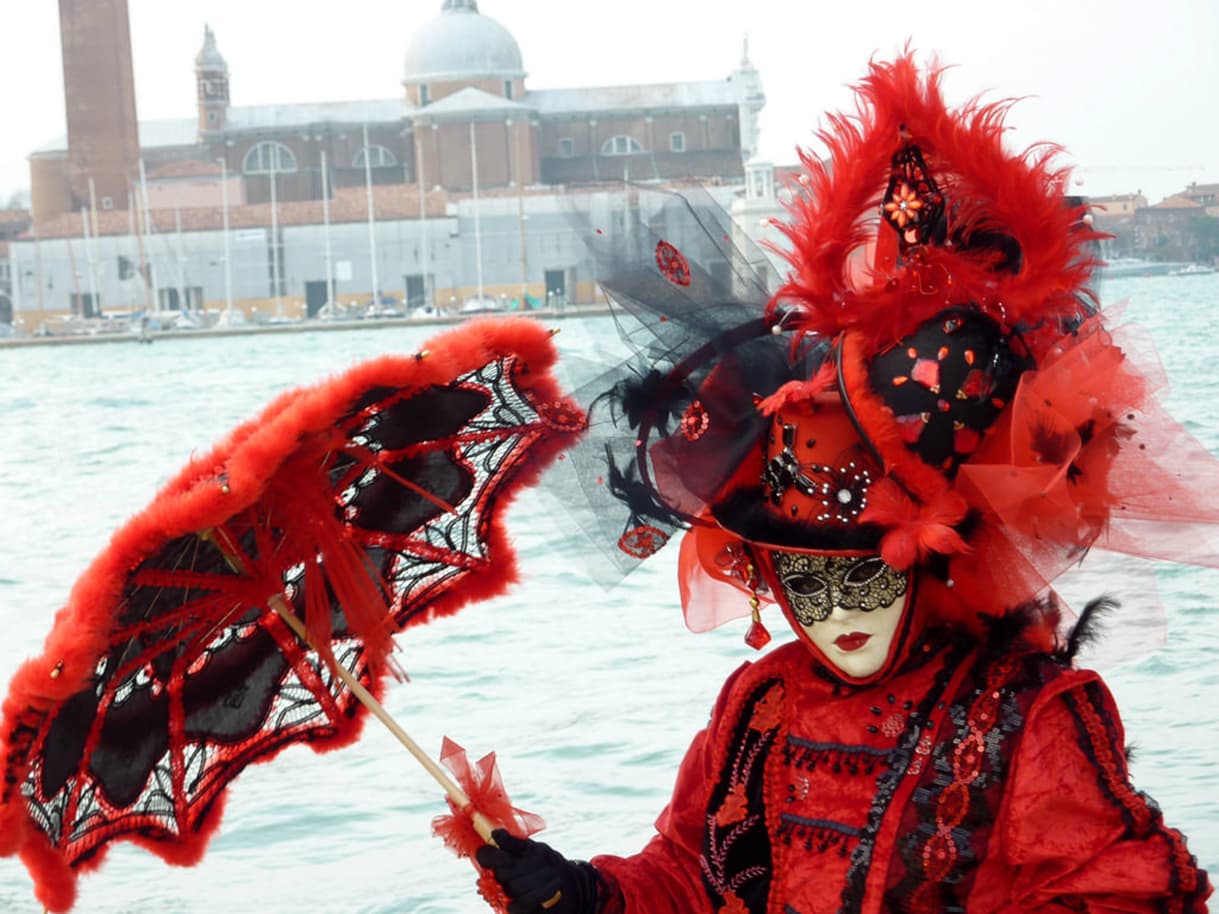 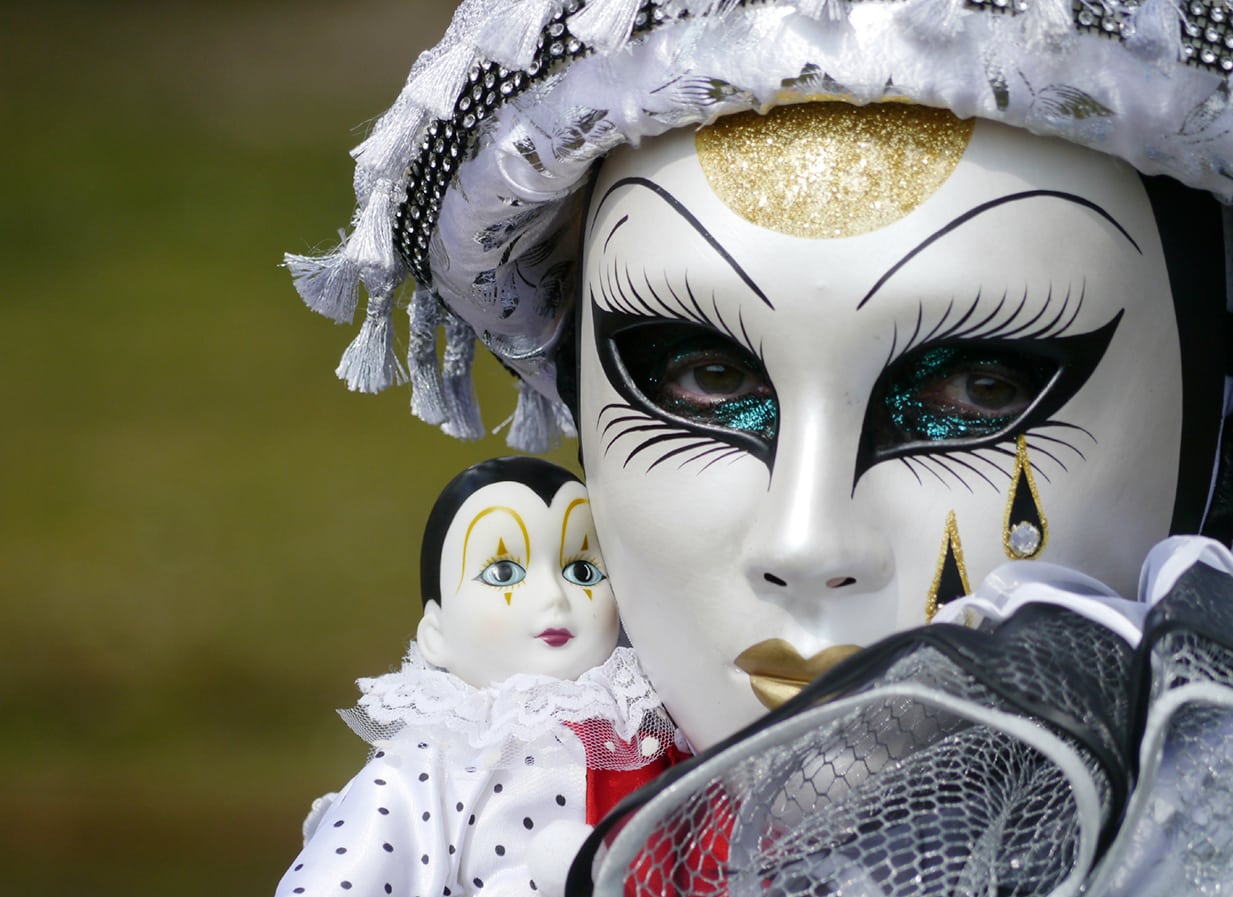 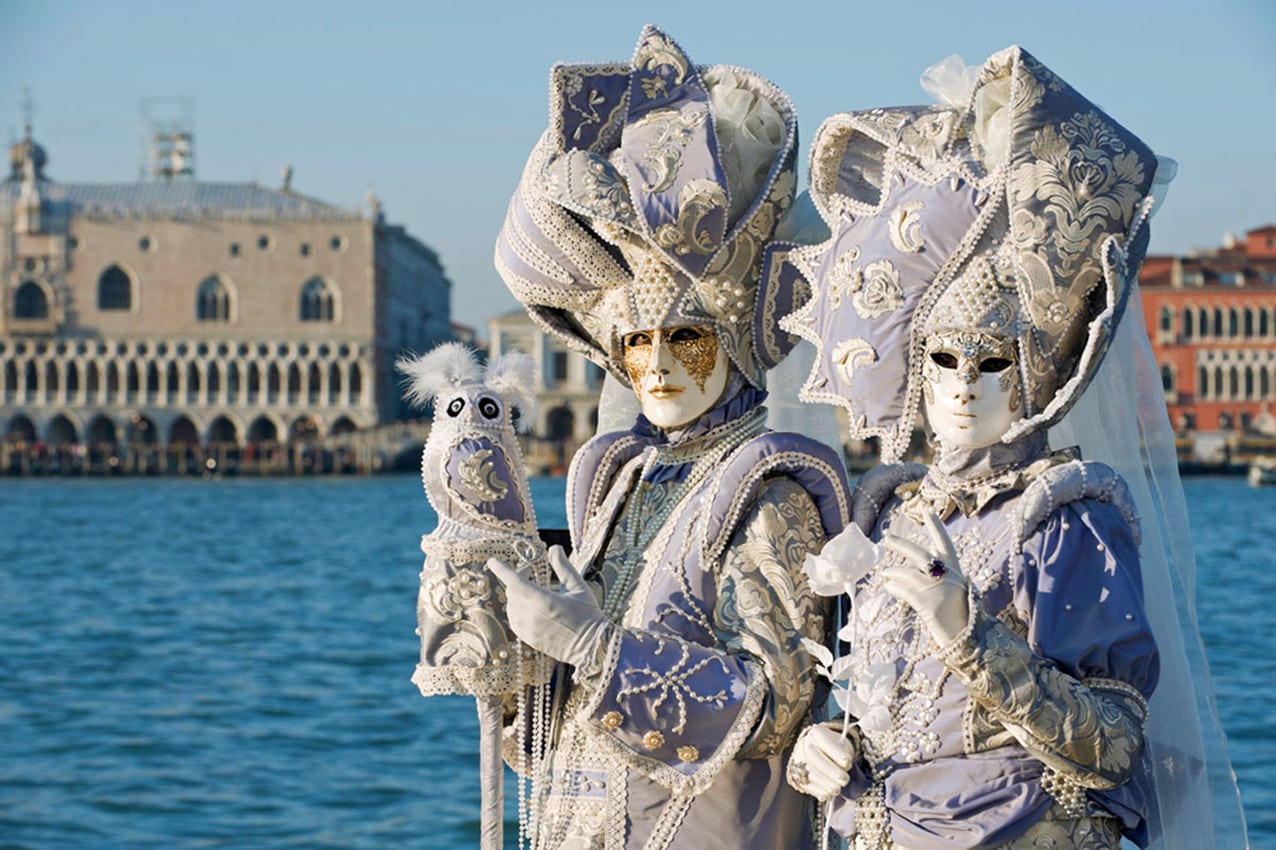 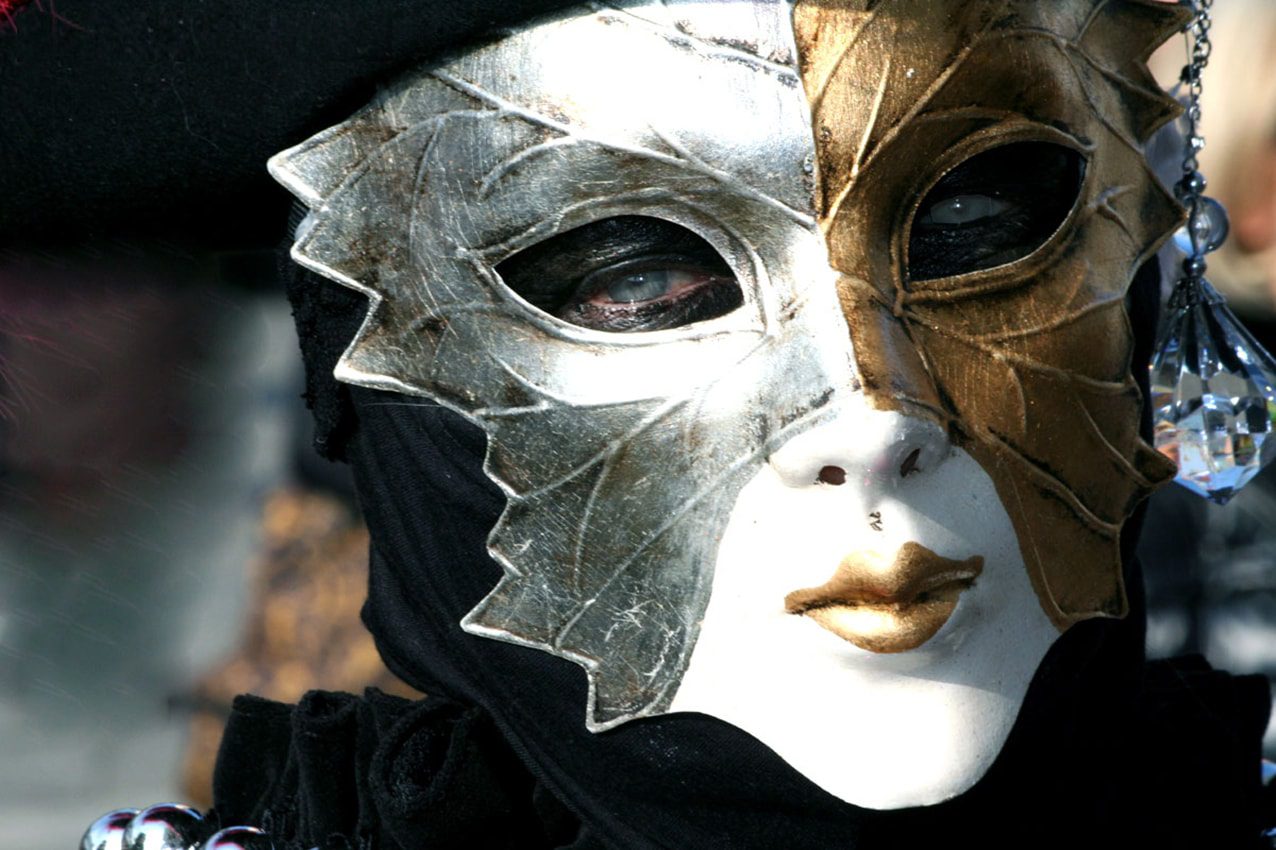 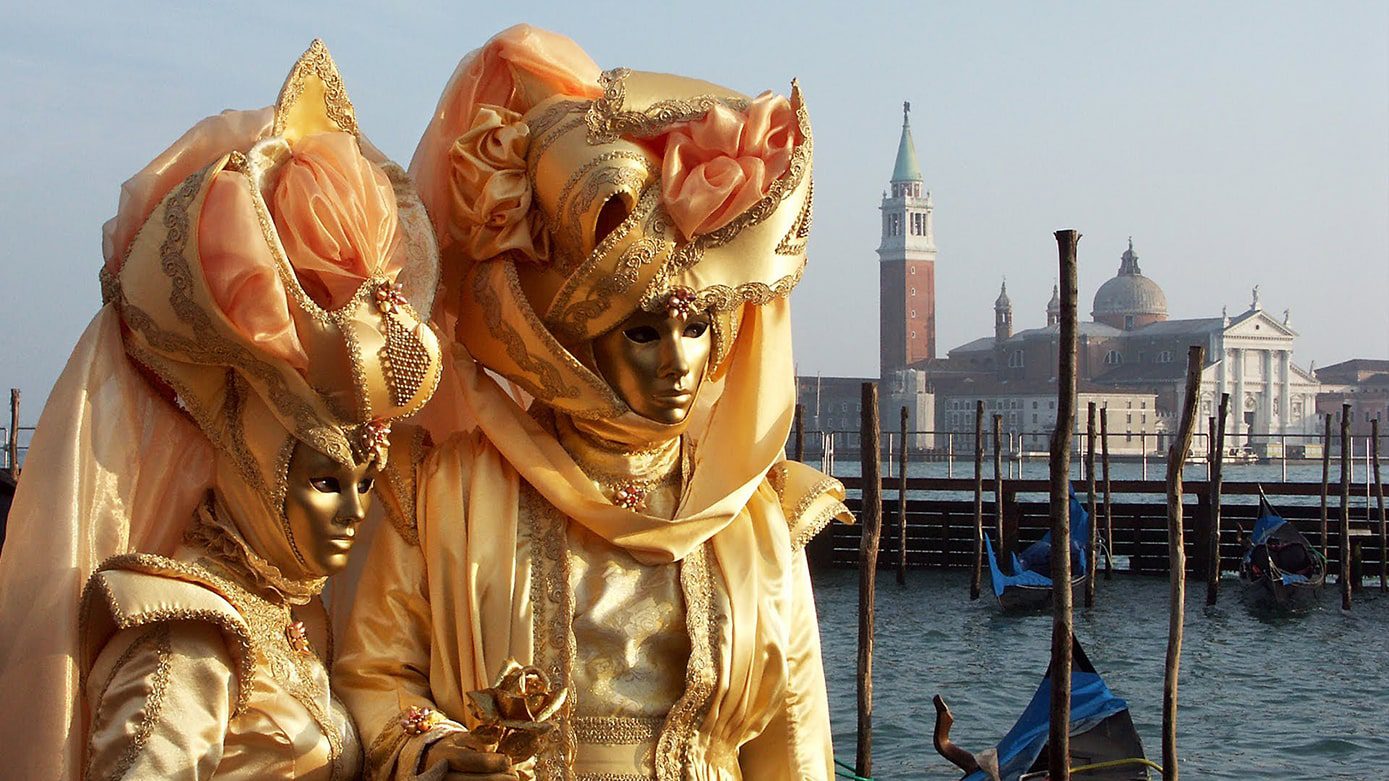