Between Fashion and Architecture during the 1960s ! 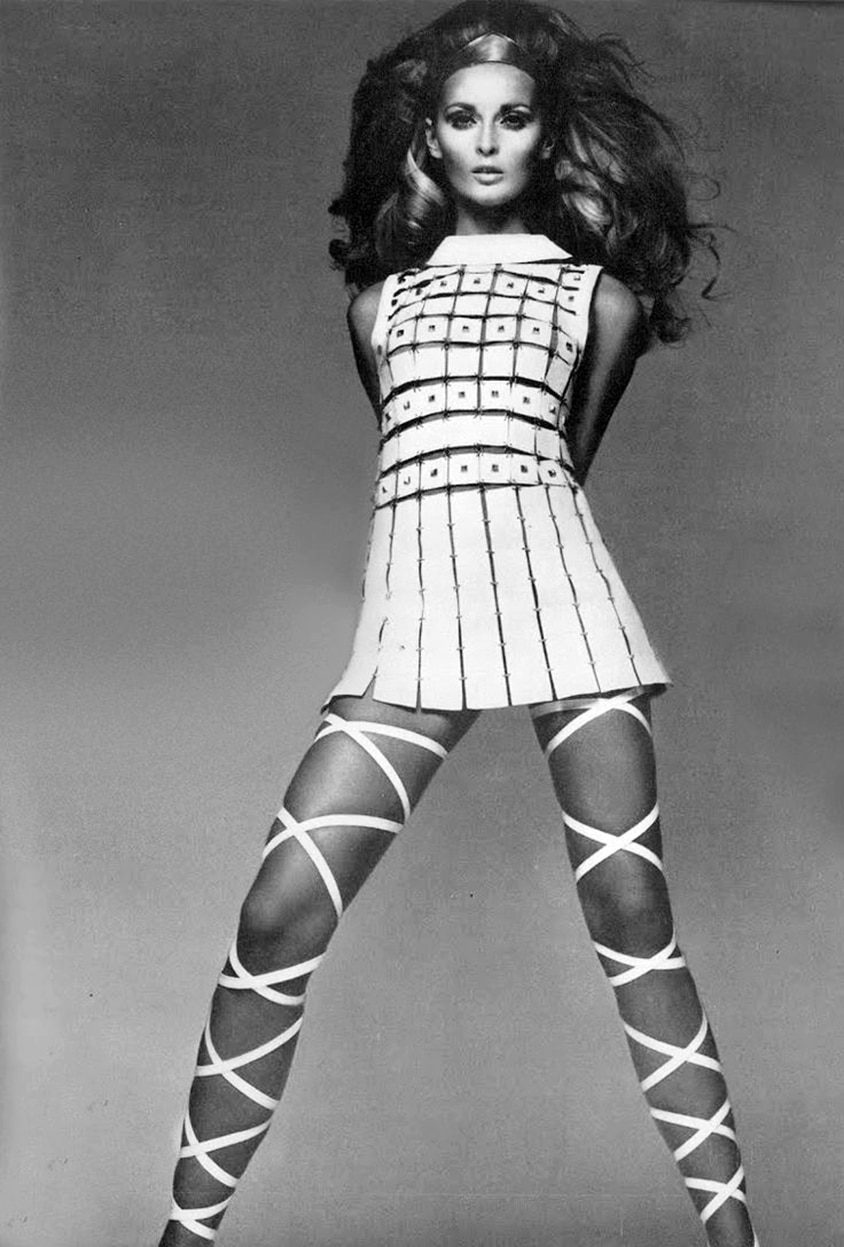 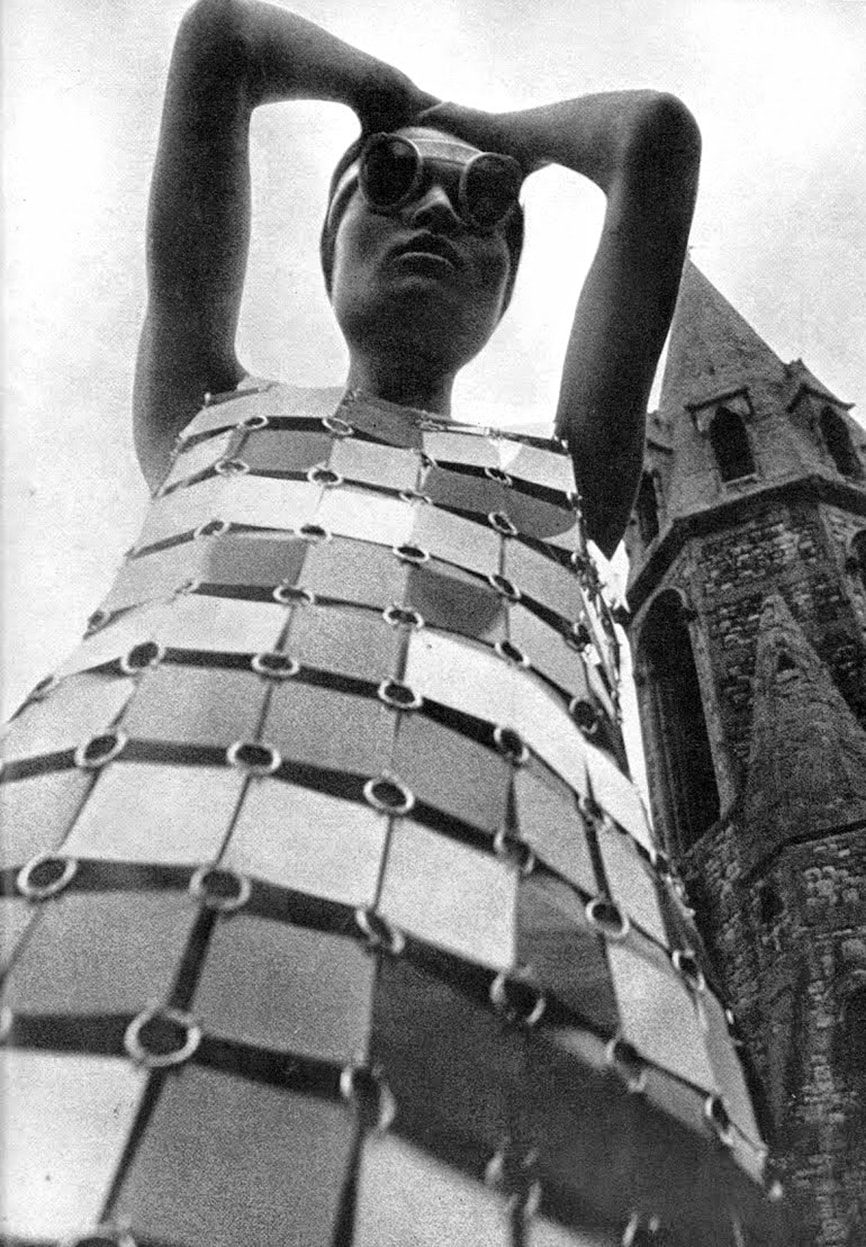 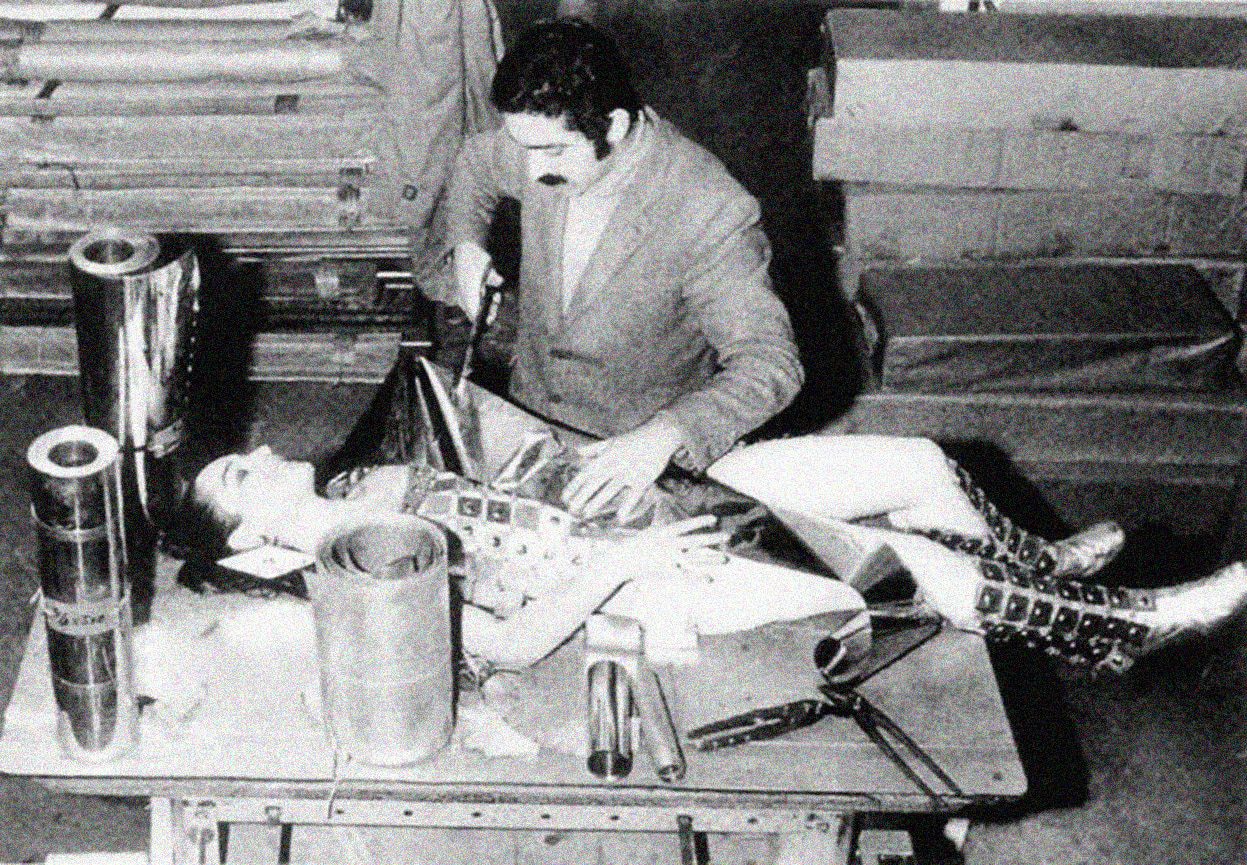 Trained as an architect, paco Rabanne got his first taste for fashion while he was in school, drawing fashion sketches for Dior and Givenchy as well as shoe sketches for Charles Jourdan.
He started his career in fashion by creating jewelry for Givenchy, Dior, and Balenciaga and founded his own fashion house in 1966. He used unconventional material such as metal, paper, and plastic for his Metal Couture and outlandish and flamboyant designs. 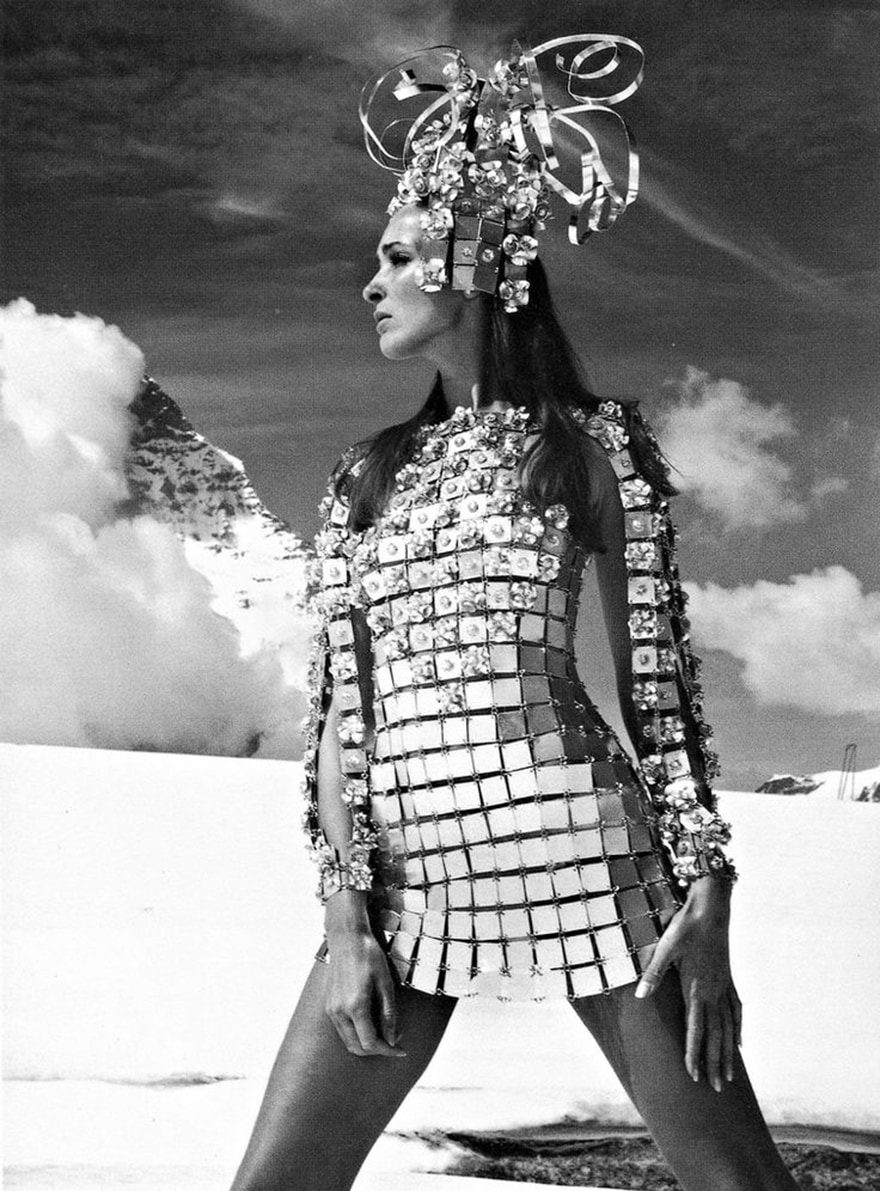 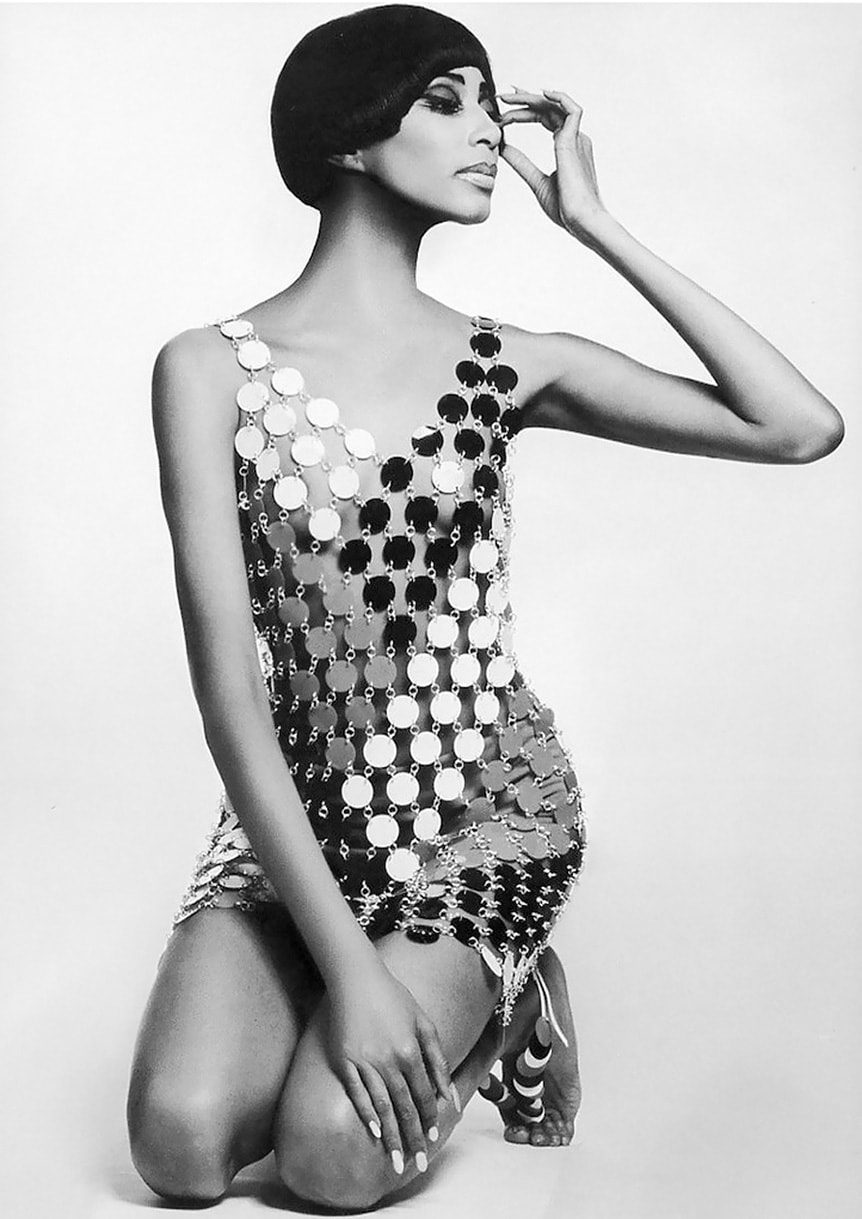 Paco Rabanne launched a line of colorful plastic accessories in geometric shapes. Not only were they plastic, they were large and eye-catching—layered square, circle, and rectangular earrings; circular arm cuffs, and even vinyl visors in shocking colors like chartreuse or a vibrant orange.
Paco Rabanne’s plastic accessories flaunted their immediacy, affordability, and expendability—which became the new set of virtues upheld by the reigning 1960s youth culture. 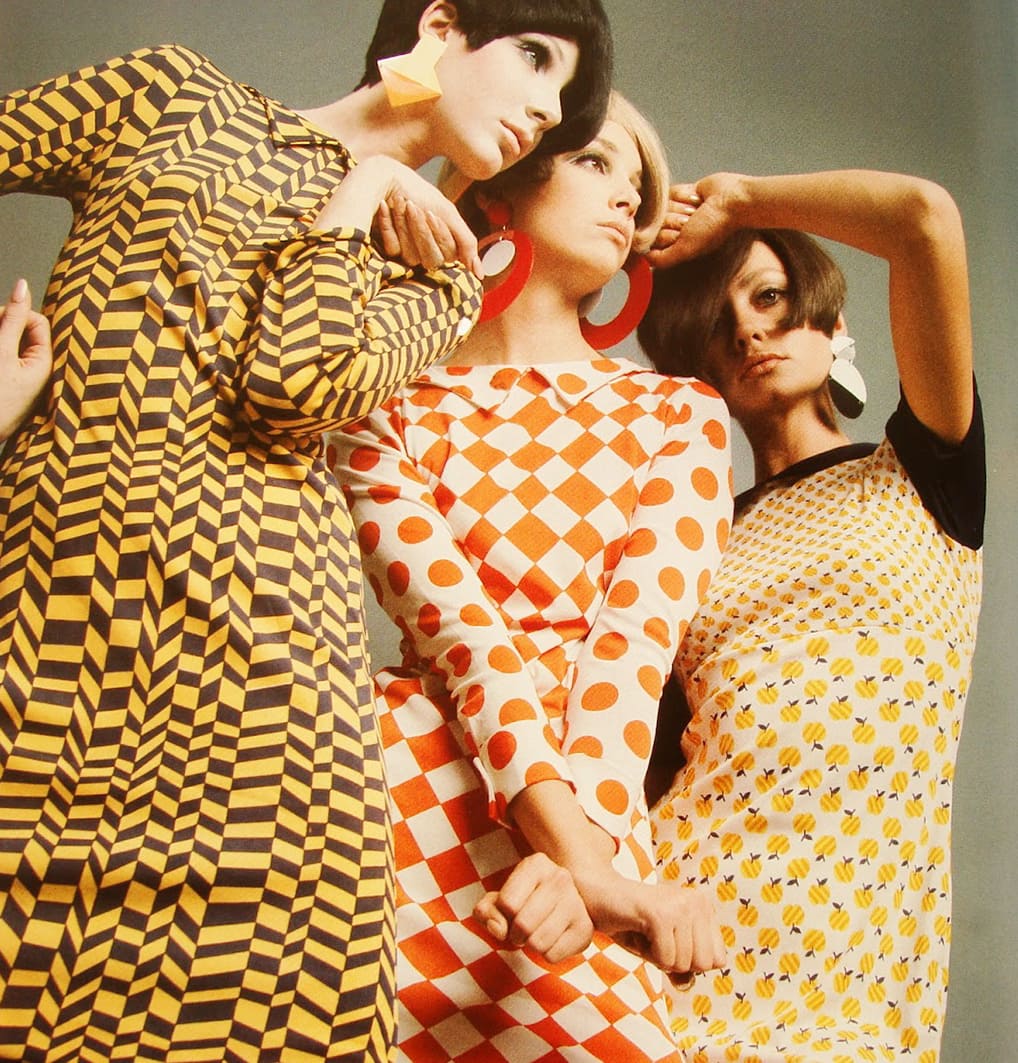 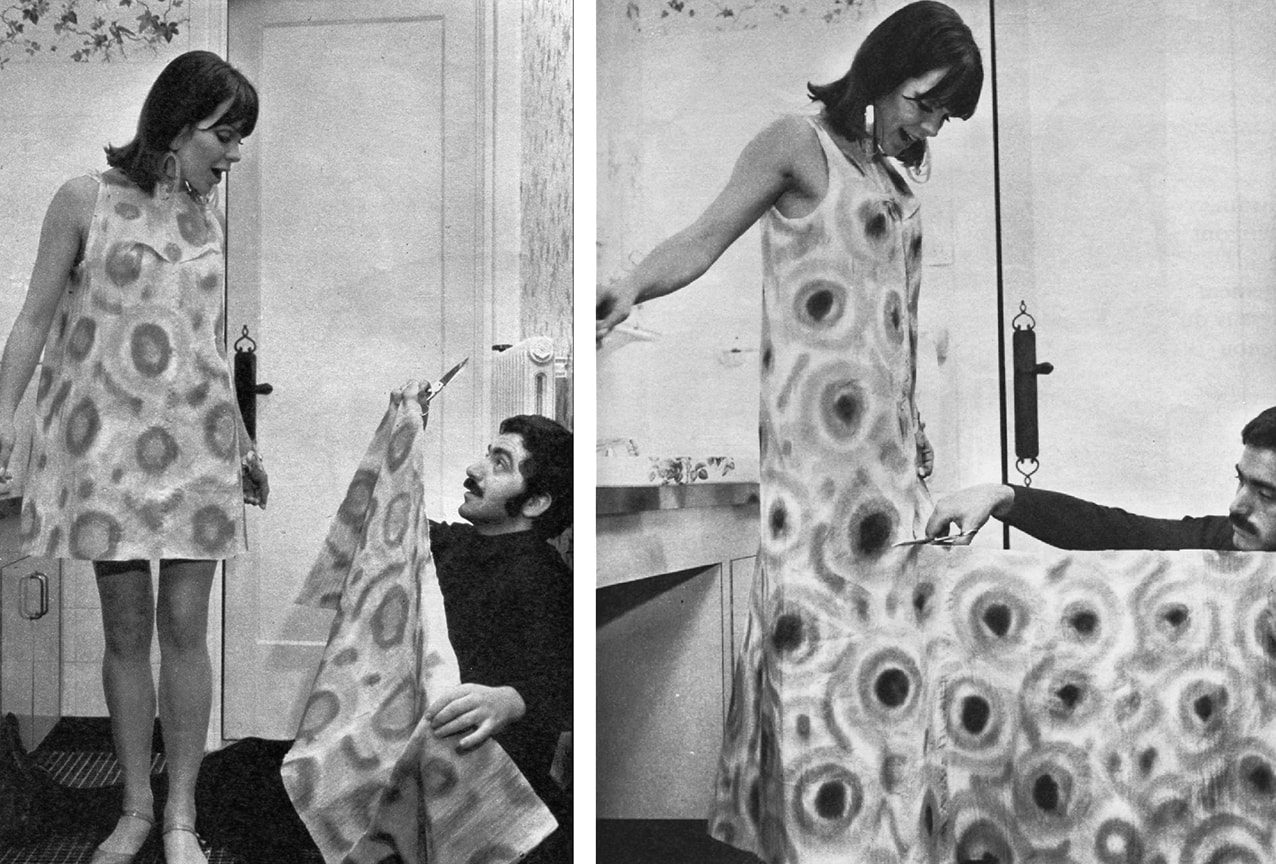 Audrey Hepburn in Two for the road

Paco Rabanne is known for his costume designs for such films as the 1968 science-fiction film Barbarella with Jane Fonda. 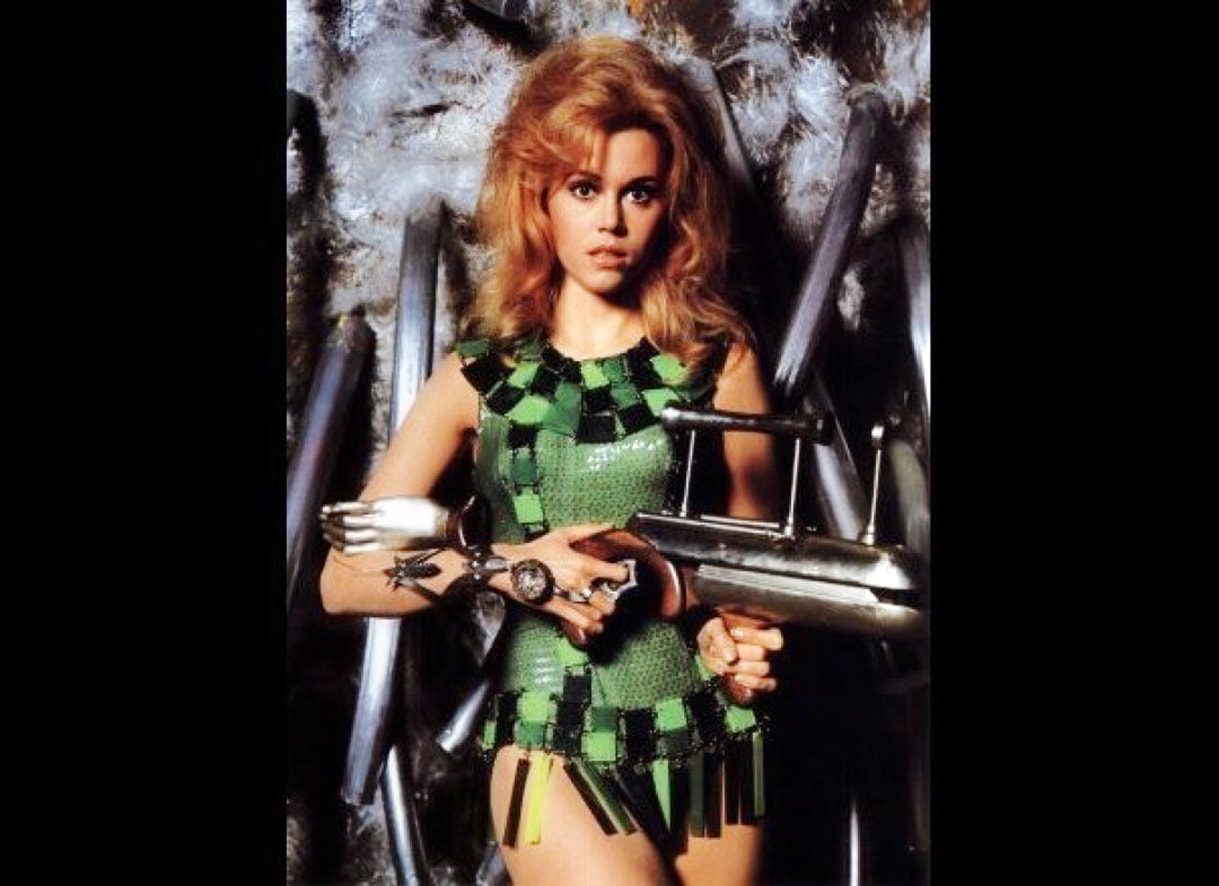 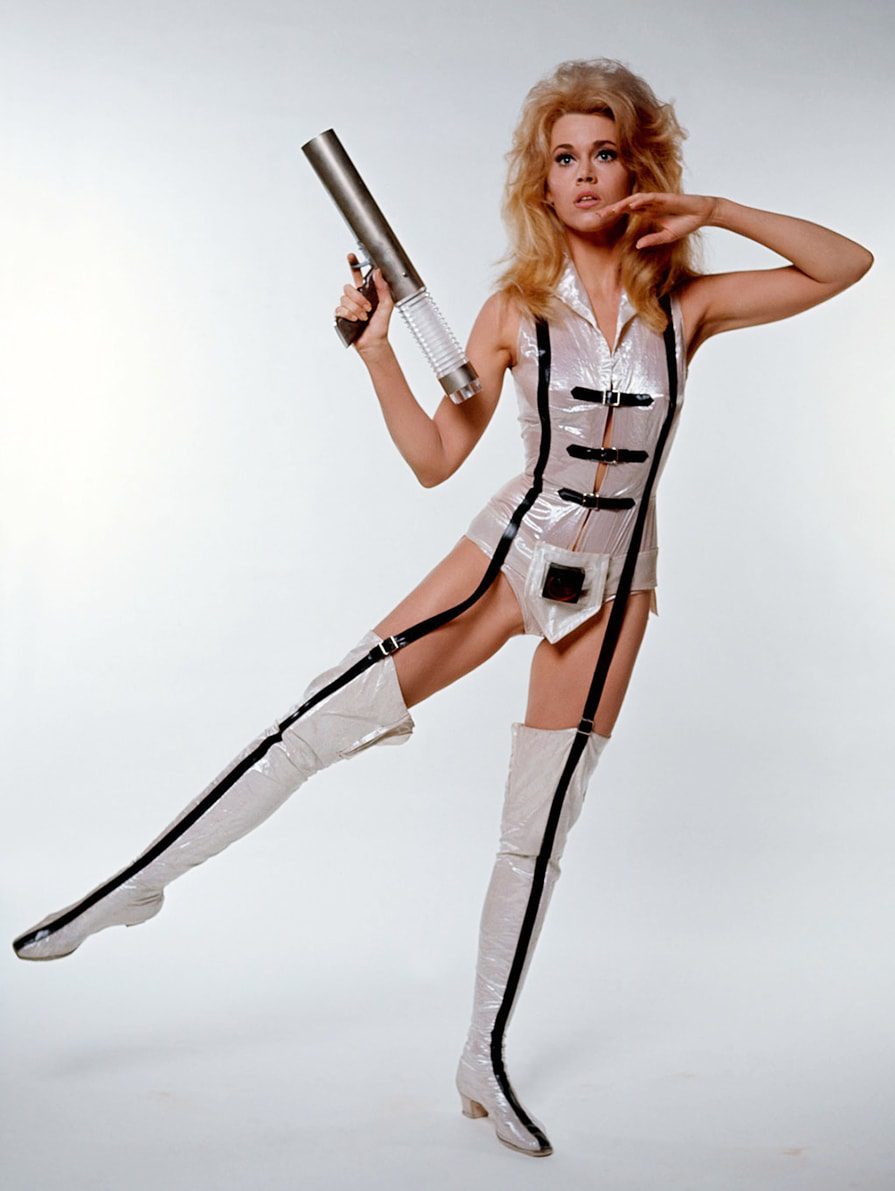 Françoise Hardy was a big fan of Rabanne’s designs.

Paco Rabanne was an innovator who challenged the very notion of a textile and his influences are still felt today particularly in the realm of 3D printing.
Although today’s 3D printed dresses, most notably by Dutch designer Iris van Herpen, Michael Schmidt and Francis Bitonti’s gown for Dita Von Teese, and the Kinematics Dress by Nervous System, are much more sophisticated in their design and structure, they are still inevitably restricted by the realities of the material— “rigid, hard plastic.”
Printed in variations of flowing mesh, all three of the aforementioned dresses are ultimately adaptations of Paco Rabanne’s ingenious, chain-linked designs from the 1960s. 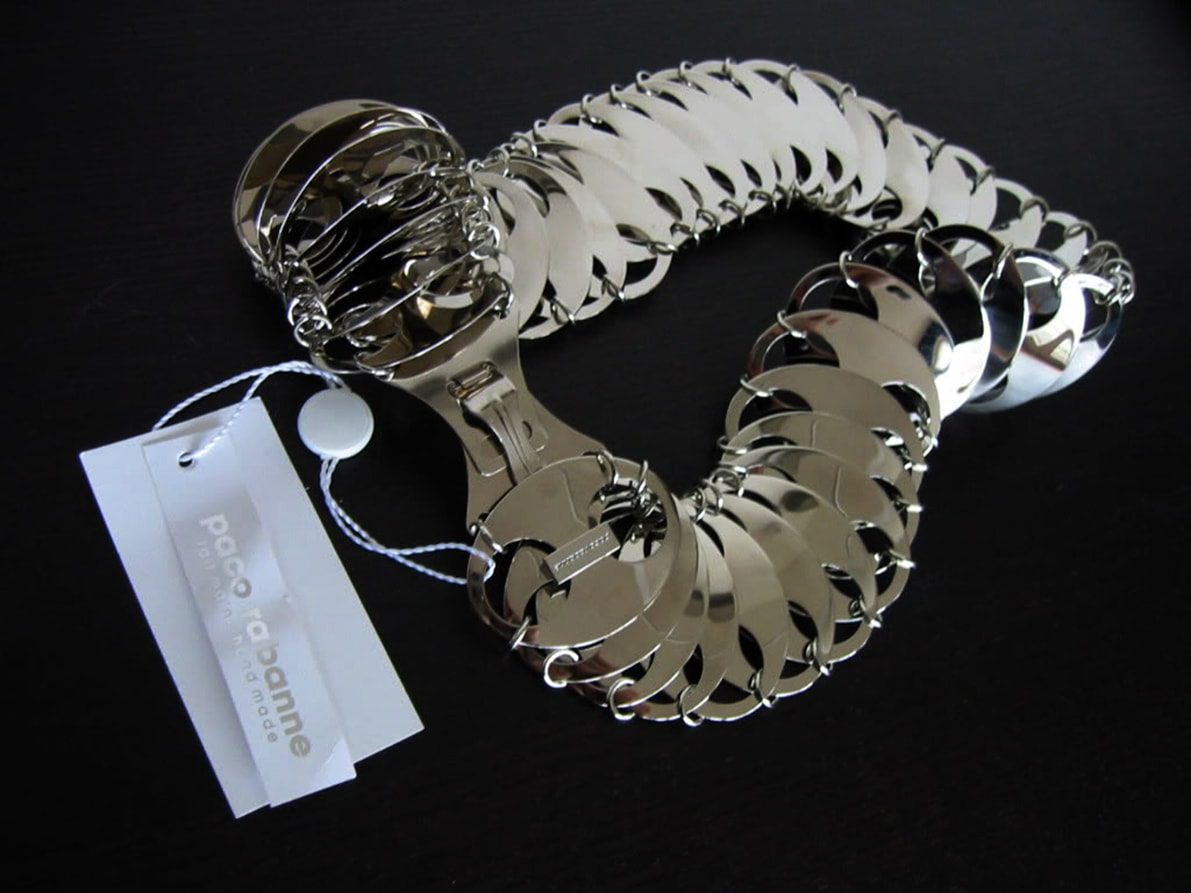 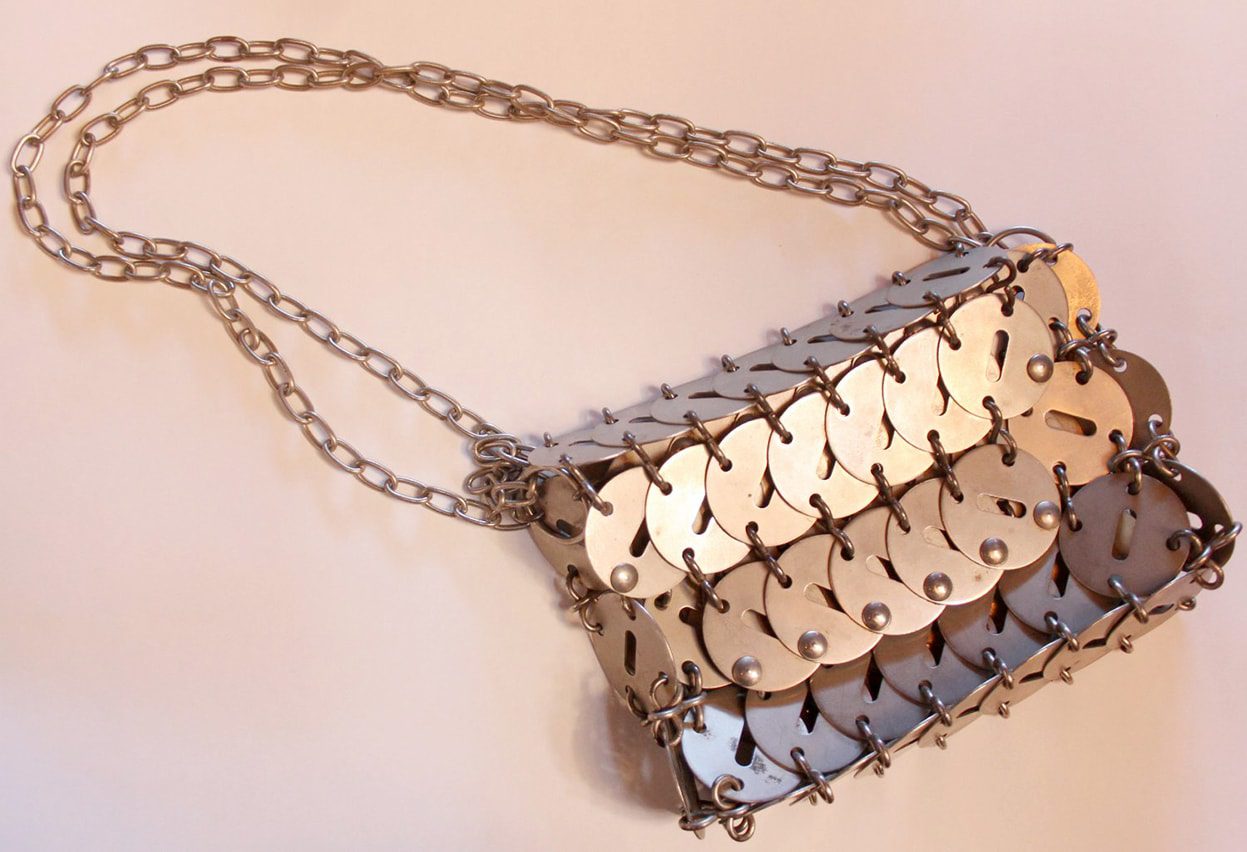 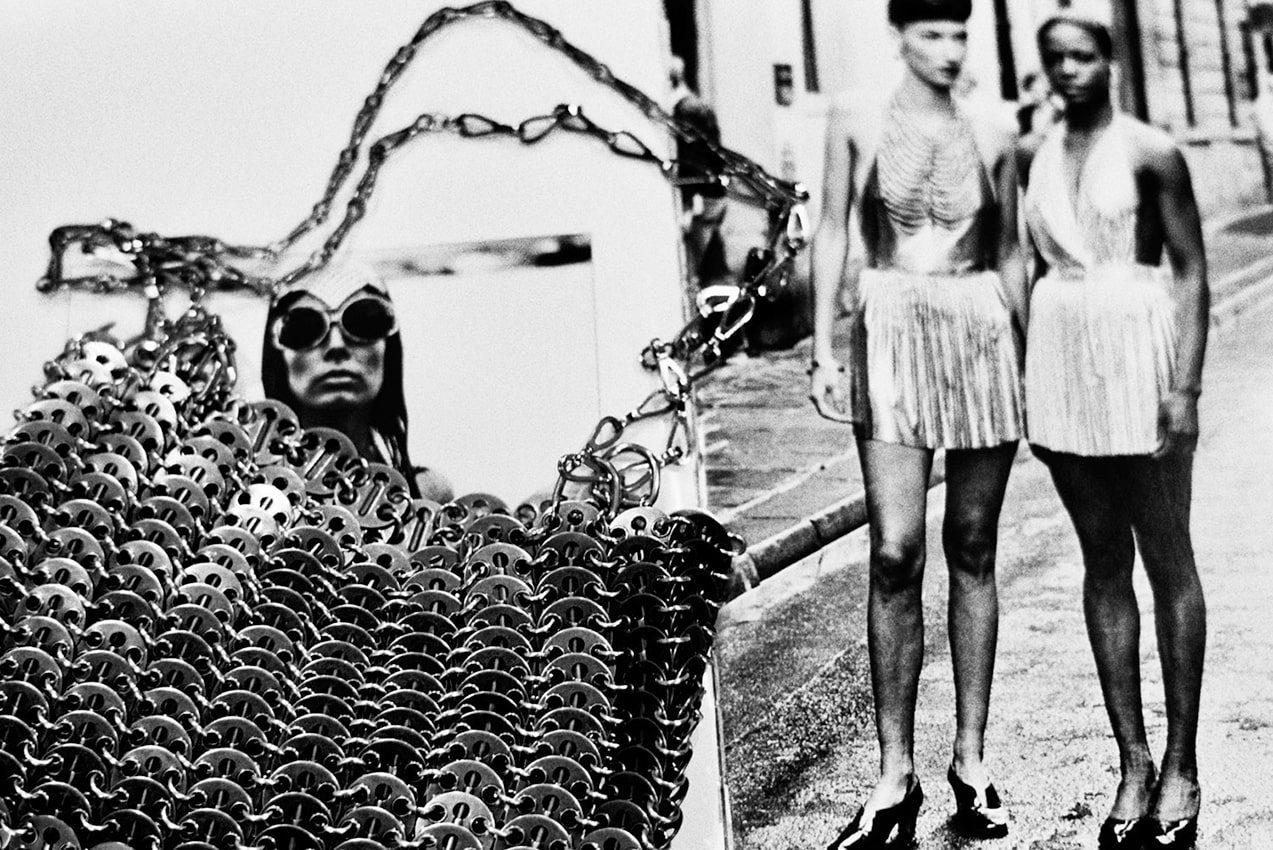 Issey Miyake’s Bao Bao line of geometric bags and pouches that resemble tangrams also seem to reference Paco Rabanne’s fluid, pieced designs.
Paco Rabanne will always be remembered for his experimentation with and application of unconventional, industrial materials like plastic, neon and metal towards fashion.
His designs overturned and redefined the fashion system of the mid-1960s.