SCHIAPARELLI Fall Winter 2017-18. Elsa Schiaparelli was an Italian fashion designer. Along with Coco Chanel, she is regarded as one of the most prominent figures in fashion between the two World Wars.
Starting with knitwear, Schiaparelli’s designs were heavily influenced by Surrealists like her collaborators Salvador Dalí and Jean Cocteau. Her clients included the heiress Daisy Fellowes and actress Mae West. Schiaparelli did not adapt to the changes in fashion following World War II and her couture house closed in 1954.

Schiaparelli’s design career was early on influenced by couturier Paul Poiret, who was renowned for jettisoning corseted, over-long dresses and promoting styles that enabled freedom of movement for the modern, elegant and sophisticated woman. In later life, Schiaparelli referred to Paul Poiret as “a generous mentor, dear friend.”

Schiaparelli had no training in the technical skills of pattern making and clothing construction. Her method of approach relied on both impulse of the moment and the serendipitous inspiration as the work progressed. She draped fabric directly on the body, sometimes using herself as the model. This technique followed the lead of Paul Poiret who too had created garments by manipulating and draping. The results appeared uncontrived and wearable.

Whilst in Paris, Schiaparelli – “Schiap” to her friends – began making her own clothes. With encouragement from Paul Poiret, she started her own business but it closed in 1926 despite favourable reviews. She launched a new collection of knitwear in early 1927 using a special double layered stitch created by Armenian refugees and featuring sweaters with surrealist trompe l’oeil images.

The business really took off with a pattern that gave the impression of a scarf wrapped around the wearer’s neck. The “pour le Sport” collection expanded the following year to include bathing suits, ski-wear, and linen dresses. Schiaparelli added evening wear to her collections in 1931, using the luxury silks of Robert Perrier, and the business went from strength to strength, culminating in a move from Rue de la Paix to acquiring the renowned salon of Louise Chéruit at 21 Place Vendôme, which was rechristened the Schiap Shop.

Schiaparelli was one of the first designers to develop the wrap dress, taking inspiration from aprons to produce a design that would accommodate and flatter all female body types. Her design, which first appeared in 1930, offered a two-sided model with armholes on each side, brought together in the front of the garment and wrapped and tied at the waistline. Buttons may also have been incorporated into this early version. Initially conceived as beachwear and produced in four colours of tussore silk, the dress was popular with buyers and copied by garment manufacturers as a design for everyday street wear. Some forty years afterwards, this uncomplicated and easy-to-wear design was revisited in the 1970s by the American designer Diane von Fürstenberg.

Also in 1930, she is credited with having produced the first evening dress with a matching jacket. During Prohibition in the United States, Schiaparelli’s popularly named “speakeasy dress” provided a hidden pocket for a flask for alcoholic beverage.

Schiaparelli’s fanciful imaginative powers coupled with involvement in the Dada/Surrealist art movements directed her into new creative territory. Her instinctive sensibilities soon came to distinguish her creations from her chief rival Coco Chanel, who referred to her as ‘that Italian artist who makes clothes’. Schiaparelli collaborated with a number of contemporary artists, most famously with Salvador Dalí, to develop a number of her most notable designs. Schiaparelli also had a good relationship with other artists including Leonor Fini, Méret Oppenheim, and Alberto Giacometti. 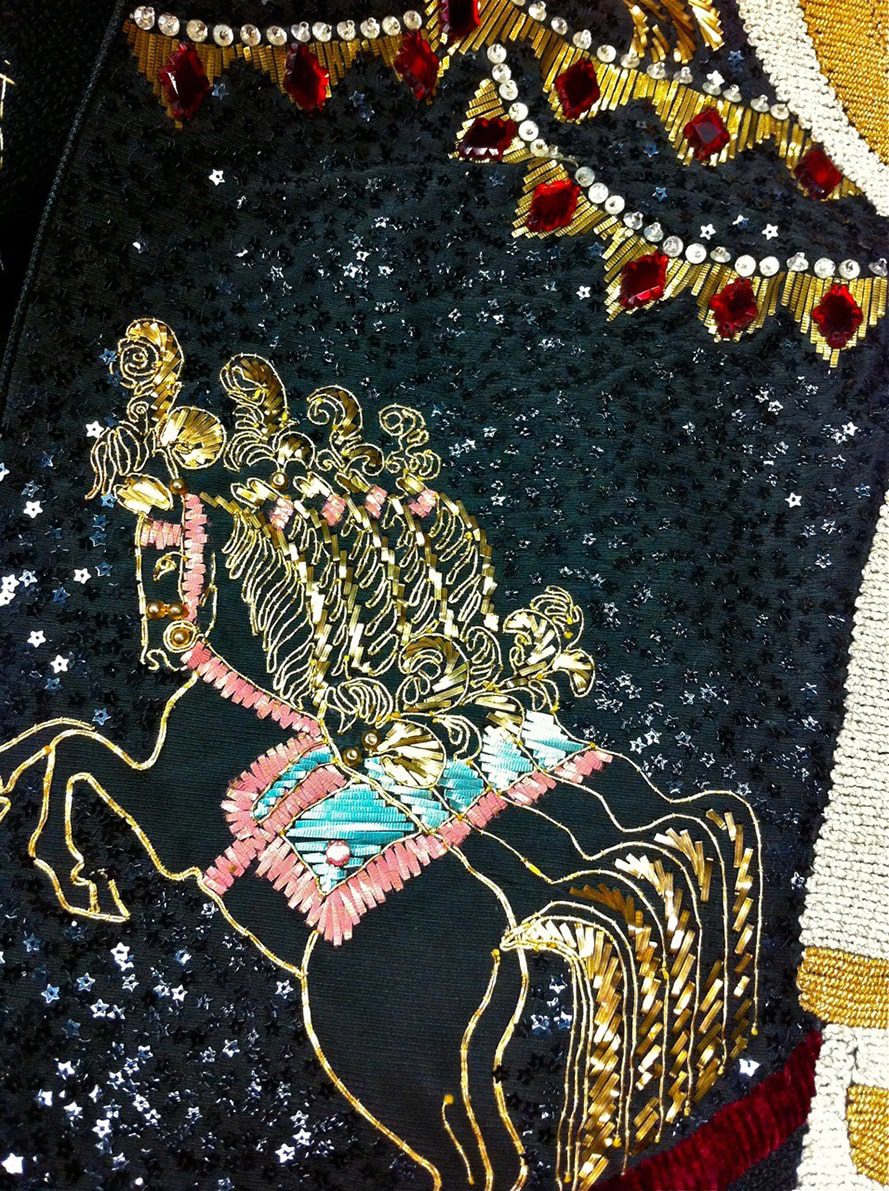 In 1937 Schiaparelli collaborated with the artist Jean Cocteau to produce two of her most notable art-themed designs for that year’s Autumn collection. An evening jacket was embroidered with a female figure with one hand caressing the waist of the wearer, and long blonde hair cascading down one sleeve. A long evening coat featured two profiles facing each other, creating the optical illusion of a vase of roses.The embroidering of both garments was executed by the couture embroiderers Lesage.

“I feel honored to be part of Schiaparelli today and develop it further, respecting its heritage and tradition while adding a contemporary and modern take, something Elsa Schiaparelli has always demonstrated.”

On April 28, 2015, Bertrand Guyon is appointed Design Director of all Haute Couture and Prêt-à-Couture collections. Together with the design studio and the atelier at the top floor of Schiaparelli’s historical couture house at 21 place Vendôme, the very location where Elsa Schiaparelli worked, Bertrand Guyon brings to Schiaparelli’s team his creative energy and talented expertise that he gained working for the most renowned couture houses and designers in Paris and Rome. 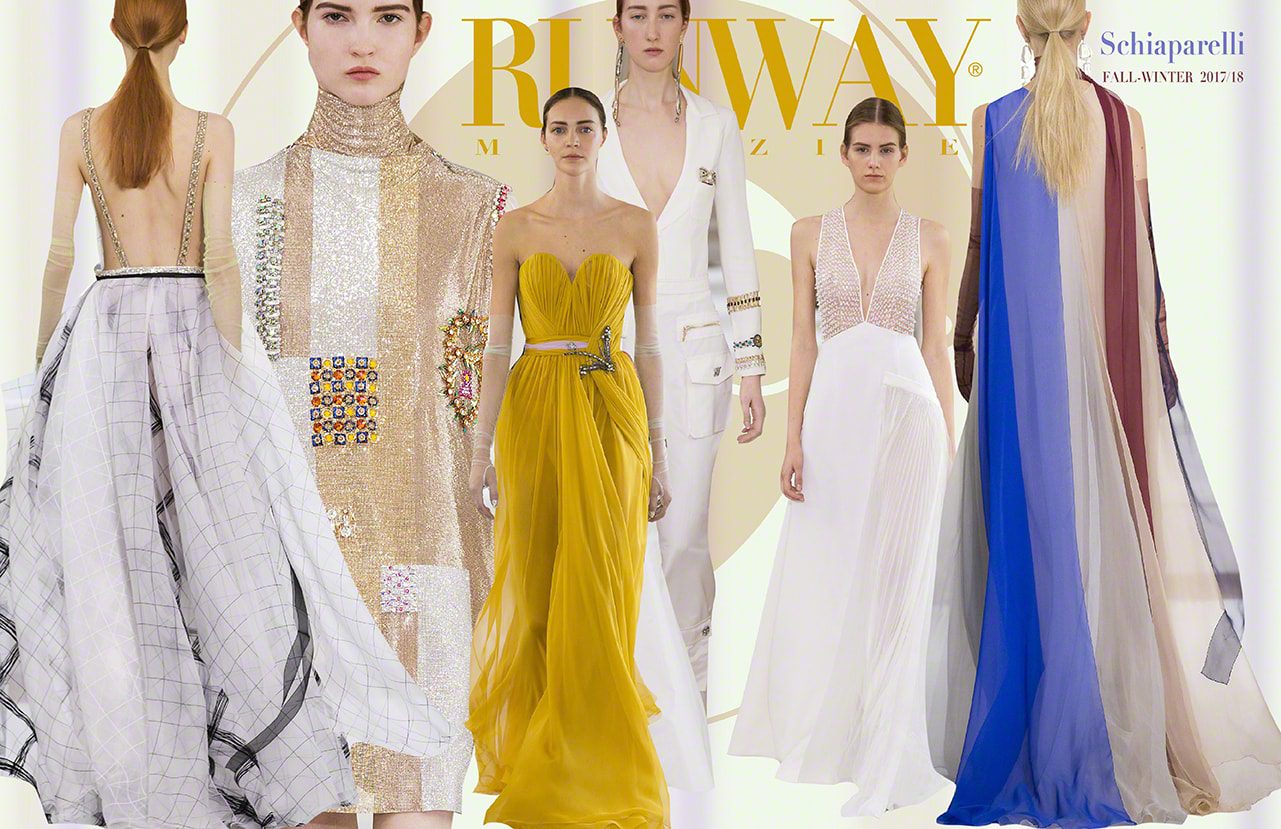 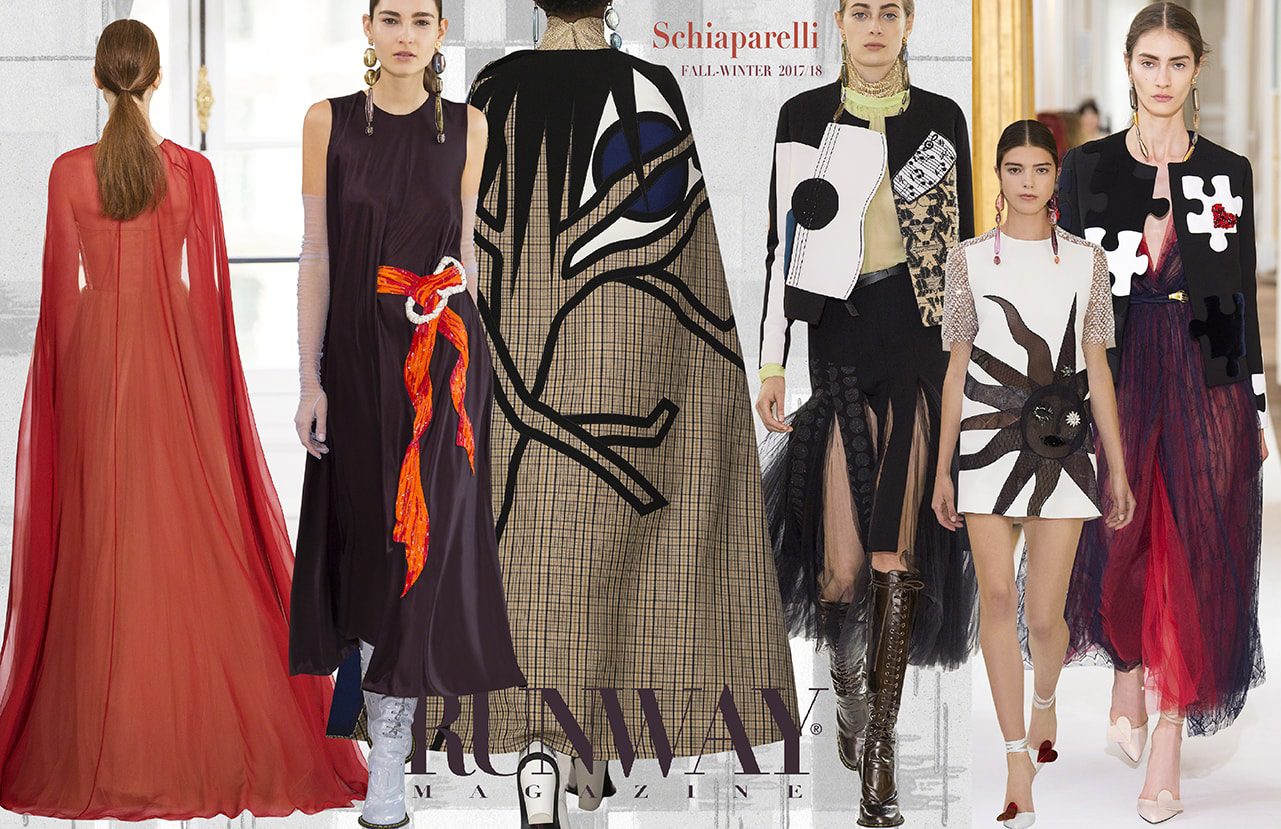 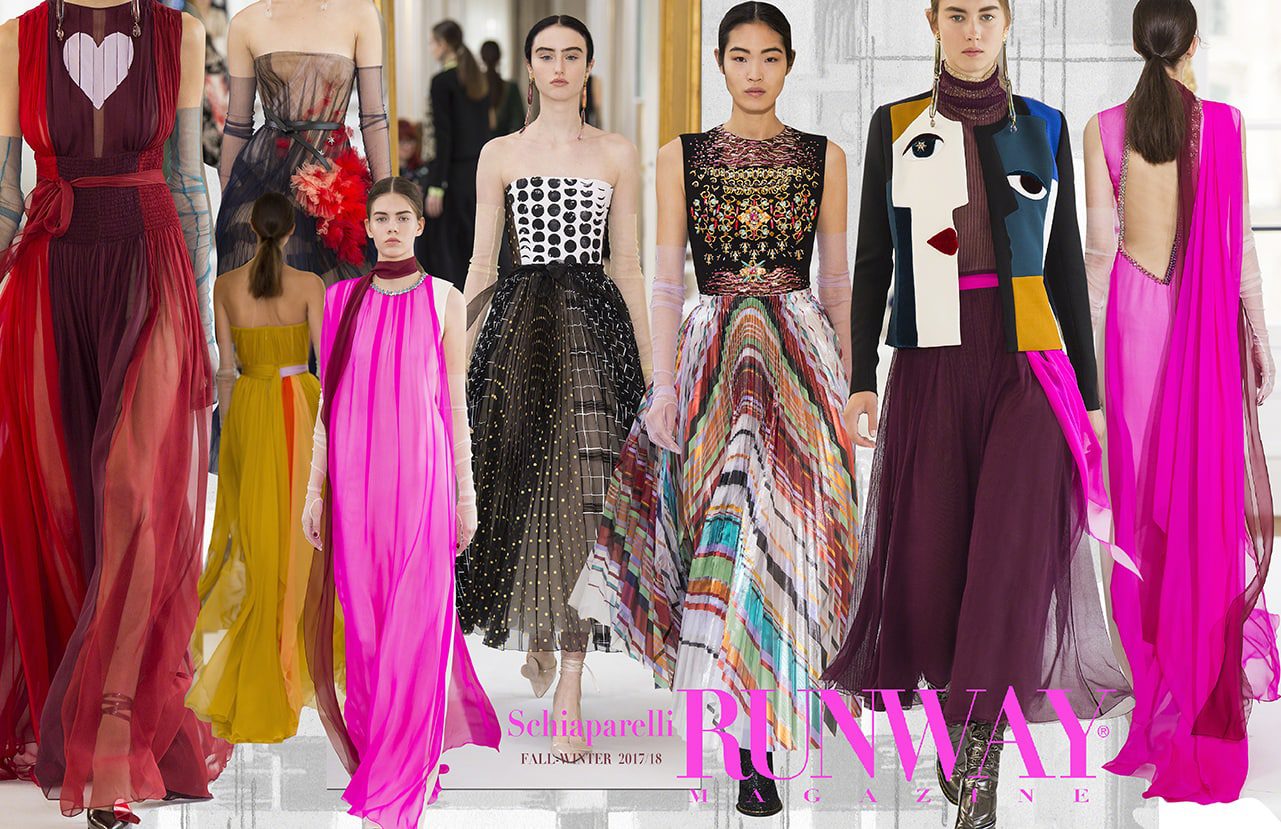